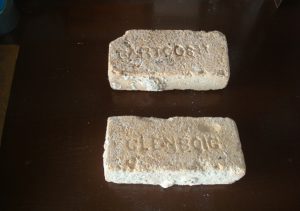 Many thanks to Steve L. Price of the Hawaii  Undersea Research Lab, for the photographs depicted here.

The Brick Wreck at Beckley’s Pt.

The name of the ship was the Barque Eskbank. It was built with an iron hull by Dobie & Co, in Glasgow in 1877.

It struck the reef on November 2nd 1878 and no explanation was given for this by the Captain and crew.

SV Eskbank ran aground and was wrecked at Diamond Head, Oahu, Honolulu on the 2nd November 1878. She was owned by James McCrindell of Glasgow, UK.?

(A barque (bark) is a sailing ship with at least three masts, all of them fully square-rigged except for the sternmost one, which is fore-and-aft rigged.) 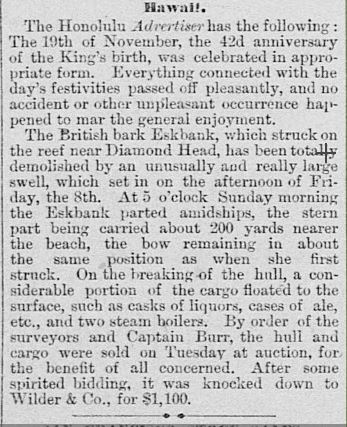 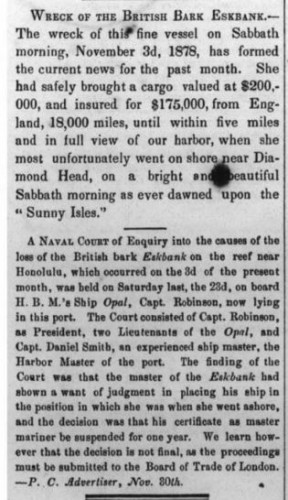 24/12/1878 – Lloyd’s list – Honolulu 05/11/1878 – The Eskbank (barq) of and from Glasgow with a general cargo ran ashore on Diamond Head, 2 miles SE of this port on the morning of 03/11/1878. Steps were taken by the master to land the cargo by steam tender and some portion has thus been saved in a damaged condition. A survey has been appointed to be held on the vessel and there is some hope she may be brought into port.

17/11/1905 – Hawaiian Gazette – 1878, Nov. 3 British bark Eskbank, Barr master, 164 days from Glasgow, with a full cargo of machinery and staple merchandise for this port, went on the reef, off Diamond Head, at 11 a. m., though with fine weather and early assistance from this port, all efforts to save her proved futile, and In seven days from the time of her striking she broke in to
pieces. Considerable of her cargo was saved, more or less damaged, through the efforts of Wilder & Co., with their steamers. The wreck and cargo were sold at auction on tho 12th for $1100. Vessel and cargo were said to be fully insured

Below – The recovered Gartcosh and Glenboig bricks – these bricks were removed from the wreck site for diagnostic purposes. Both have thumb marks to the top right. The Glenboig was recovered on a dive much later than the Gartcosh. 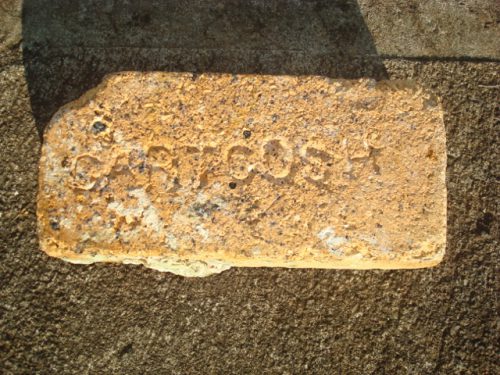 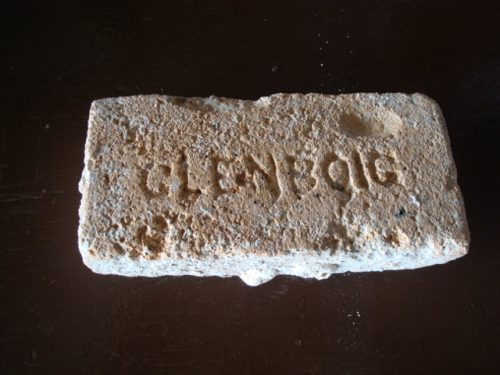 Below – The Glenboig brick lying on the seabed along with others. 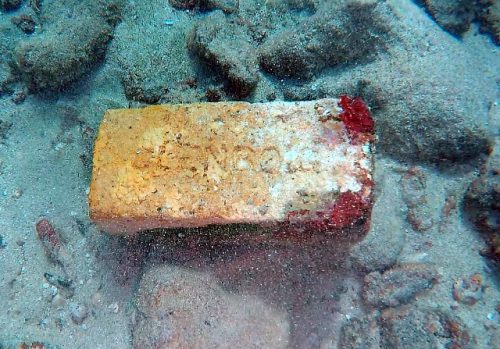 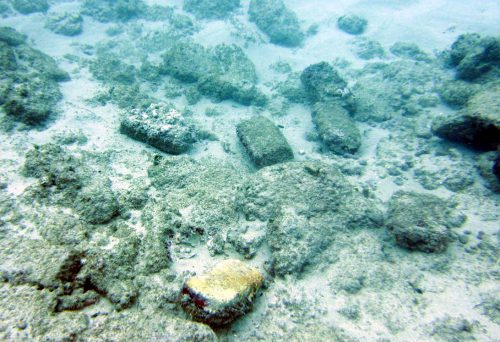 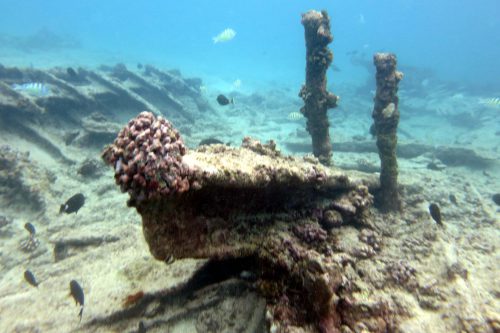 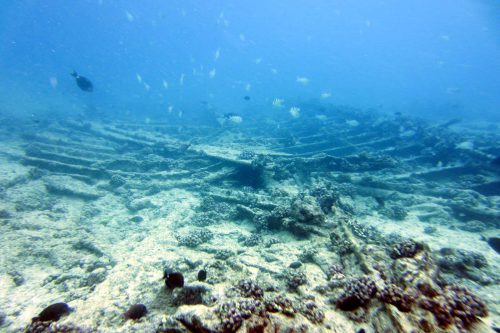 Below – The same 2 bricks in 2018. Note both have thumbprints to top right. 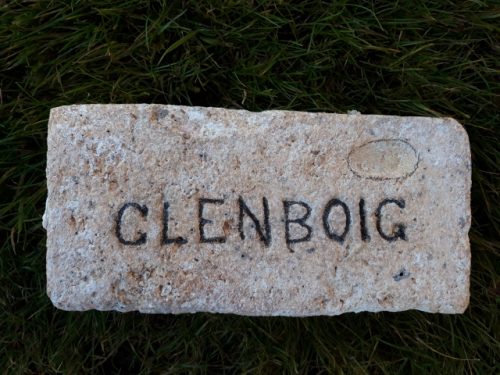 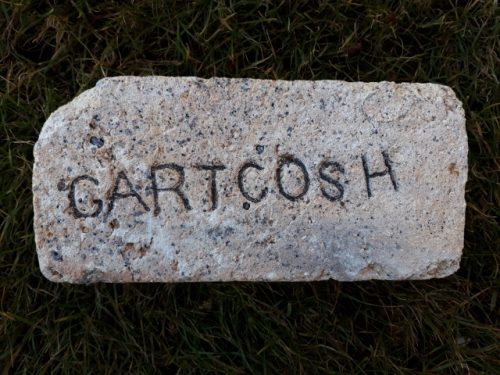