1909 – The brickworks are not depicted on this map. 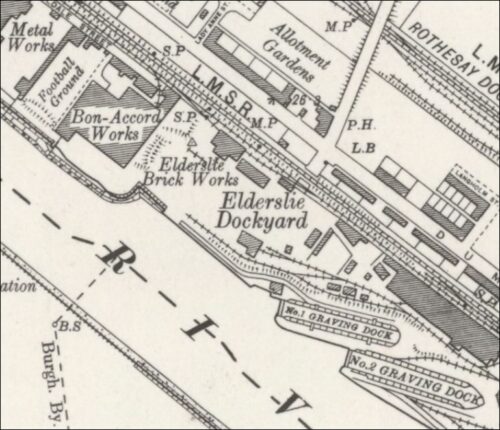 Written by Eric Flack and reproduced by kind permission – “The manufacture of bricks was another local industry in which two of the brickworks produced terracotta type bricks from locally dug clay. These were Horne’s at Elderslie Dry Dock at the foot of Dyke Road and the Garscadden Brick and Tile Works that was owned by the Stevenson Brothers. This was on the opposite side of the canal from Keal Drive and Avenue and had an extensive pit from which clay was dug to make both terracotta type bricks and pipes for field drains. Terracotta bricks are considered superior to traditional Scottish bricks because of their superior weather resistance. Both Horne’s and Garscadden Brickworks latterly used coal from the Baljaffrey Pit which closed in 1910. These two brickworks closed a few years later in 1916. Two other brickworks which used black blaes from the extensive mine spoil heaps in the area were also built” 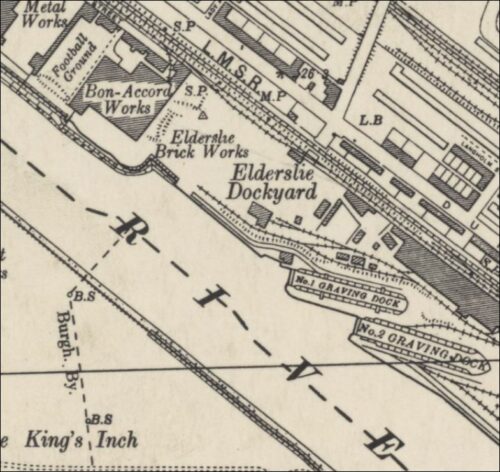