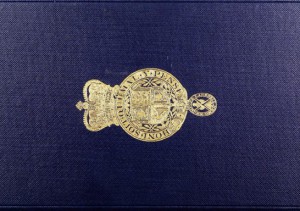 Source  – The Geology of the  Neighbourhood of Edinburgh 1910.

P230 … At Prestongrange the principal coal seams in descending order are as follows: Great Seam, Diver, Clay Seam, Five-foot, Smithy, Jewel, Beggar, and Diamond No. 1. The seams most wrought are the Great Seam and the Jewel, both of which are mined for a considerable distance underneath the sea. The Great Seam contains a band of clear coal, which is picked out for household purposes.

The Clay Seam is also wrought, principally on account of a fireclay underneath it, which is used in the adjacent brick and fireclay works. Diamond No. 1 is the equivalent of the seam that receives that name at Dolphingston. It probably corresponds to the lowest coal given in the Carberry section, and may thus be the same as the Kailblades of Newbattle. At Prestongrange, 2 in. of shale, full of remains of Lingula, have been found to occur above it …

P348 … Mid Lothian Coal-Field. ” Bricks are made at various collieries, including Whitehill, Arniston, Newbattle and Prestongrange, the material used being either shale (blaes) procured in ” brushing ” the underground roads, or underclay, or mixtures of these materials. At Prestongrange, one of the coals, called the Clay Seam, is chiefly worked for the sake of the underclay, about two feet thick, which underlies it. At Whitehill, firebricks and sewage pipes etc., are made of the fireclay that underlies the Great Seam, while building-bricks are made of blaes got near the position of the Splint and other coals. At Arniston Colliery the best clay is said to be that which underlies the Kailblades Coal. Some fireclay procured from the partings in the Fifteen-foot Coal is sent from Newcraighall Colliery for use in the Portobello Brickworks. More than thirty years ago, fireclay a little below the Index Limestone was used at Joppa; the material procured is said to have been conveyed to the Bankpark Fireclay Works, Tranent, and to have been there manufactured into firebricks, pipes and gas-retorts.

The clay formerly worked at Smeaton for making bricks and tiles occurs below the level of the highest raised beach and is probably of much the same character as that at Portobello (see p. 349), but it is not now exposed.

Finely laminated glacial clays exposed near Eskbank railway station are said to have been formerly dug for brick-making. Similar clays have also been worked in the old clay-pits near Newtongrange.

The mottled red, brown and purple clays found in the Coal Measures on the north side of the Sheriffhall fault at Dalkeith have a close resemblance to the marls that lie above the Etruriabeds of North Staffordshire and are so much used for the manufacture of the Staffordshire blue bricks. Samples of this clay have, at the request of the Geological Survey, been moulded and burnt into miniature bricks (4’3 in. x 1’9 in. x 1’45 in.) by Mr Dunnachie, of the Glenboig Fireclay Company. Professor E. Stanfield, of the Heriot-Watt College, has tested these bricks and states that the average crushing load of the two is 5’31 tons per square inch. He adds, ” The samples resemble, in appearance and strength, the well-known Staffordshire blue brick, which has an average crushing strength of about 2’3 tons per square inch. The usual thickness of a brick is 3 in., and if the above samples had been of similar dimensions instead of 1’45, I should have expected the crushing strength to be at least equal to that of the Staffordshire variety. The material appeared to be homogeneous in character, and the samples were well burnt. The Staffordshire blue brick is used for positions requiring great strength: piers, foundations, abutments, etc. Its power of absorbing water is very low, and this property renders it most suitable for such positions.” Some of the coal-seats are very siliceous and closely resemble the ganisters of the West Riding of Yorkshire, which are so much in request for the manufacture of Silica bricks. A bed a little above the base of the Coal Measures east of Roslin Castle, and another, outcropping in the North Esk about half a mile east of Auchendinny, may be mentioned as examples of these siliceous varieties, but the former is only about a foot thick, and the latter two feet. A sample of the latter has been analysed by Dr Pollard.

The microscopic examination by Mr Thomas of a specimen of this bed disclosed the presence of zircon, tourmaline, rutile, anatase and corundum (?).*

It is to be noted that none of the clays in the Roslin Sandstone series is now worked, nor do they appear to have been formerly wrought, though some are very thick (Plate YII. facing p. 245). The steepness of the beds near the crop on the west side of the basin would no doubt be averse to an economical working. On the eastern side, however, their dip is comparatively gentle, varying from 10″ to 15″ east of Musselburgh.

Among the basal beds of the Coal Measures thick beds of fireclay are found below the Broomieknowe Sandstone (see p. 266) in the area near Roslin Castle. ” A brick-field was started some years ago on the east of Mayshade, Loanhead to manufacture bricks from boulder clay and blaes, but the undertaking proved unsuccessful.

Portobello. ” The stoneless clay of Portobello, which appears to form part of the 100-ft. raised beach deposits have been extensively dug for many years and used for the manufacture of bricks, tiles, chimneypots, flower pots etc. It has been proved by boring to extend to a depth of 100 ft. A few feet of it near the surface contains thin layers or patches of sand, which render it the more suitable for making bricks. At greater depths, it is more pure and plastic, and fit for pottery ware, but is also adapted for brick-making when mixed with sand or ashes.

Winchburgh and East Colder. ” Several small brick and tile works were at one time scattered over West Lothian where primitive hand methods of manufacture were employed. These are now all superseded by the large works at Winchburgh, Camps and Ecclesmachan, equipped with the most modern machinery. The materials used at the first two localities are boulder clay and blaes which are excavated together in about equal proportions. The large stones in the clay are thrown aside, and the mixed material is ground in a pug mill and then passed through the brick -making machines. The brick-making machinery used in this district is that constructed by Bradley & Craven, and the kilns are either continuous burning Hoffman’s or those based on the Newcastle plan. These are intermittent and appear to be inferior to the continuous type.

Bo’ness and Bathgate. ” At Foulshields Colliery a brickwork has lately been started. The material used is a mixture of shale brought from Cleland, and of boulder clay dug from a pit alongside the works, the clay being separated from the large stones. The brick-making machines are manufactured by Bradley & Craven, and the kiln used is based on the Newcastle plan, with five chambers, which, when in full working order, can turn out 10,000 bricks of good building quality per day.

Bricks and tiles are made from an alluvial clay west of Bathgate, and, a few years ago, an attempt was made to manufacture artificial sandstone from the drift sands. The process was a French one, and consisted in subjecting a mixture of sand, lime and asbestos, first to pressure, and then to the action of steam. By being pressed into moulds the mixture was shaped into bricks of any size required, which retained their form when subsequently heated by steam. A bed of clay above the limestone at Whitebaulks was formerly wrought for brick-making.

Near the coast about a quarter of a mile north-east of Blackness, a bed of blaes within the Calciferous Sandstone series has formerly been dug, presumably for making pipes for field drains. It appears that a bed of calcareous ironstone, cropping out on the beach near the old blaes pit, was at one time used for making hydraulic lime. The ironstone is said to be overlain by an alum shale, also formerly put to a commercial use.