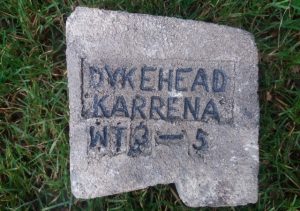 Found by George Kennedy at the Weir Castlecary Works, Castlecary.

(Note – SBH – I believe this was manufactured for The Karrena Furnace Engineering Limited).

15/11/1965 – The London Gazette – Karrena Furnace Engineering Limited. At an adjourned Extraordinary General Meeting of the Members of the above-named Company, duly convened and held at 781 Salisbury House, London Wall, London E.C.2, on the 5th day of April 1965, the following Special Resolution was duly passed: ” That the Company be wound up voluntarily, and that Percy Charles Carter, Chartered Accountant, of 29 South Street, Chichester, be and he is hereby appointed Liquidator of the Company for the purpose of such winding-up.” (326) L. P. Gibbs, Chairman.

The Company then seems to have been reborn under the same name? 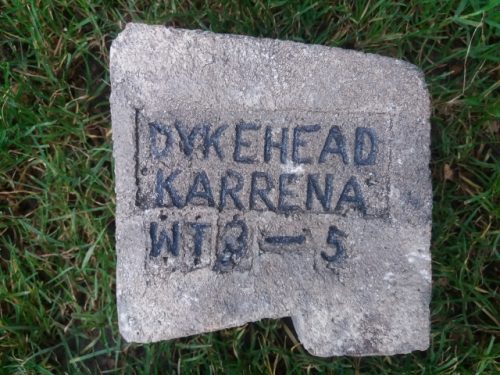 Tagged with: Dykehead, Karrena, Manufactured in Scotland and branded for National and Overseas Customers