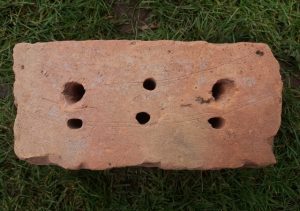 This was found by Ian Suddaby on the River Nith, Rosefield Mills, Dumfries.

Several other similarly marked bricks were found alongside it.

The holes top left and right have been enlarged as a lifting tool has been inserted into the holes. The distance between the centres of these holes is 5″.

Around the middle hole on the bottom row, is a slight circular indentation measuring 1 ” diameter.

It appears a 2 pronged fork with a centred offset wooden peg was used to move these bricks around pre-firing. The wooden peg appears to have acted as a ‘depth gauge’ or stop prevent you from shoving the prongs in unnecessarily deep. But as the wooden ‘stop’ is not aligned between the prongs it appears it also acts as a brace to stop the brick swivelling on the prongs above.

Below – The brick lifting tool may have looked something like this. 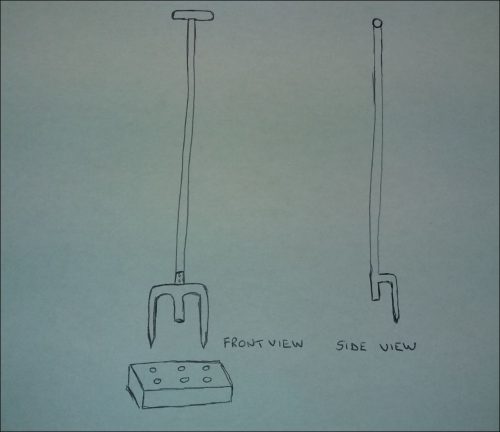 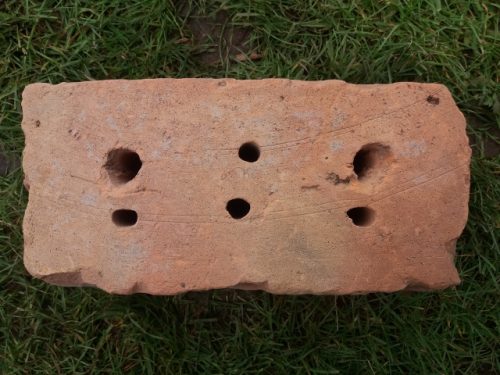 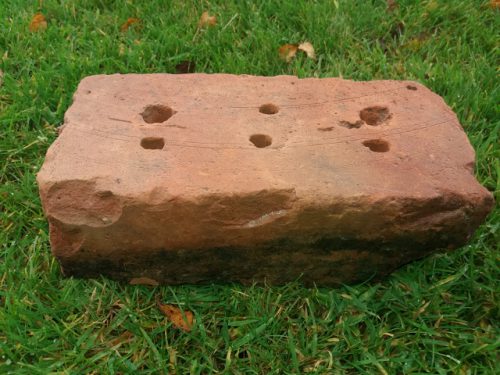