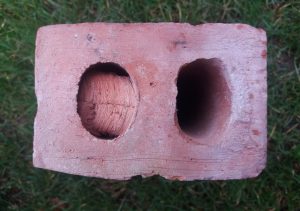 This was kindly donated by Pete Mason.

It was manufactured by Tochieneal Tileworks, Lintmill, Cullen and it was found on site.

It shows a curl of clay at one end that appears to have collected as a lifting tool (with an apparent sharp edge) has been shoved into one of the holes. As it was pushed in it has curled a slither of clay in front of it which has caught at the end.

That same hole at the other end also shows evidence of having been slightly enlarged by the tool as it was pushed in or pulled out.

Would the brick have been lifted on its own or as a pair by using a double ‘pronged’ tool with one ‘prong’ entering each brick as they lay side by side? 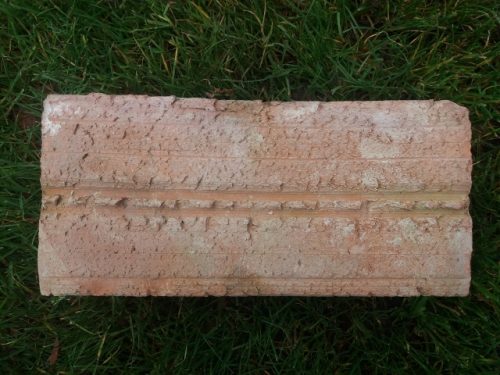 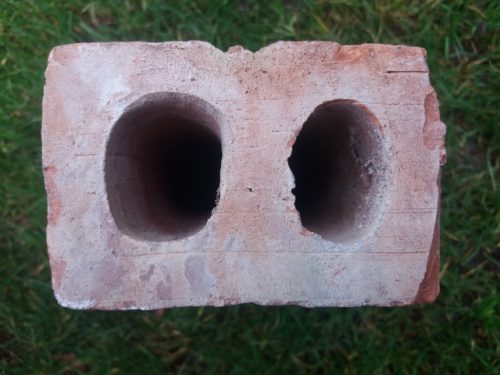 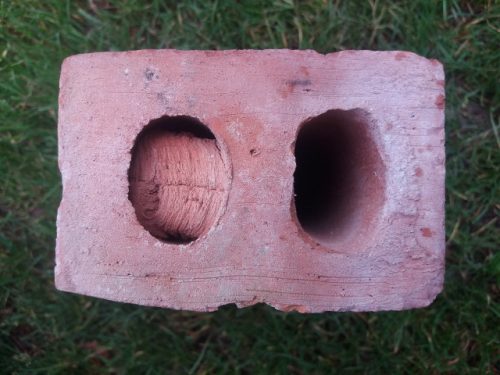