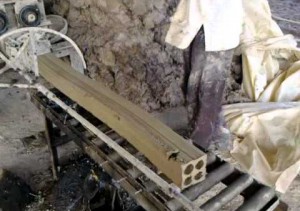 I have added this post for the interest. I noted that Brick Oil Merchants were detailed in the Glasgow trade directories as below. I am however not certain what they actually sold. Brick oil of old appears to be a medical product as explained later. I suspect the brick oil merchants referred to below sold a low viscosity oil that assisted in preventing the clay sticking to brick making machines at all stages of the process and assist the extrusion process ( see last entry below) – however I would have thought that no matter how thin the product is, it would slow up the clay drying process due to the brick oil covering the surface of the clay –  however, I am uncertain of this theory –  if anyone has any info on the subject, please feel free to get in touch.

Below – 04/03/1864 – The Scotsman – An article on a legal case surrounding Mr Youngs paraffin oil business also refers to ‘brick oil’. 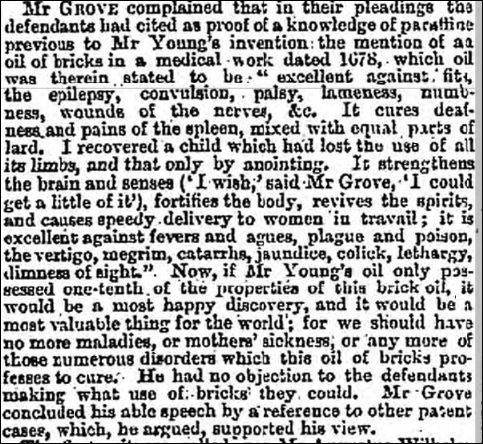 Oil of Brick is created by heating pieces of brick to red-hot temperature, and then quenching them in a vessel of olive oil. The brick absorbs the oil and is then placed in a retort and heated so as to create a distillate of the oil drawn from the brick. Oil of Brick is also known as the Oil of Philosophers.

The process initially started with pieces of brick, which were heated red hot in live coals, and extinguished in earth half-saturated with olive oil. Being then separated and pounded grossly, the brick absorbs the oil. It was then put in a retort, and placed in a reverberatory furnace, where the oil was drawn out by the fire.

Oil of brick was used in pre-modern medicine as a treatment for tumours, in the spleen, in palsies, and epilepsies. It was used by lapidaries as a vehicle for the emery by which stones and gems were sawn or cut. – WIKI