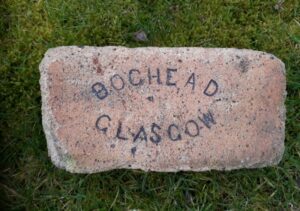 Found by Eddie McLean in the Glasgow area. 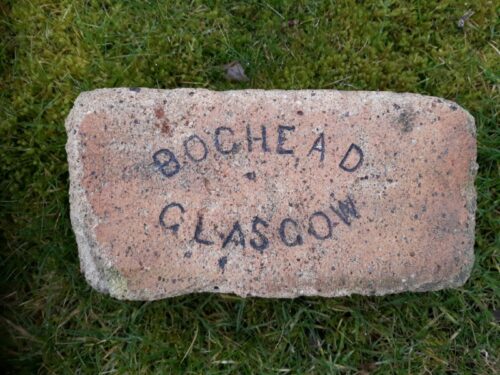 Below – The same stamp on a much deeper impression than the above and the oval stamping plate can be clearly same. Found by Ian Suddaby in the Stirling area. 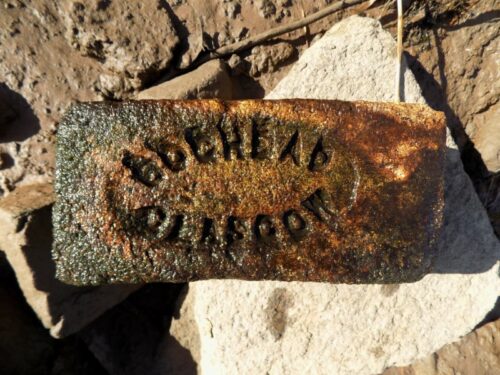 Below – A similar example found by Ian Suddaby in Saltoun Woods, East Lothian.

Ian states – “A wee walk through Saltoun Wood in East Lothian past the demolished viaduct on the Gifford Branch Line (opened 1901) which was clearly made from brick and stone. Frogged but unstamped bricks. Further on, an eroding drain in the trackbed had been packed with broken firebricks including a Glenboig and a new variation of Boghead Glasgow with curved words. There looks to be another word between Boghead and Glasgow, including a clear ‘N’ but I can’t read it (yet)” 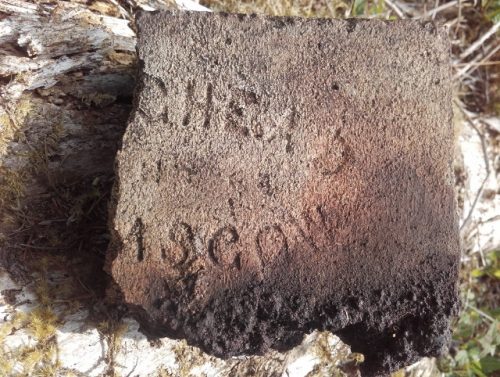