20/05/1892 – Ardrossan and Saltcoats Herald – Assault – At the Sheriff Court, Kilmarnock, on Tuesday, Niven Drinnan, pit bottomer Barmill was charged with having on 16th inst upon Townhead Street, Beith assaulted David Mackie, brick manufacturer, Cross, Beith by seizing hold of him, throwing him to the ground and biting his thumb. He pled guilty and was fined £2 or 20 days.

Below – 1895 –  Barr Colliery near Barrmill just to the South East of Beith. 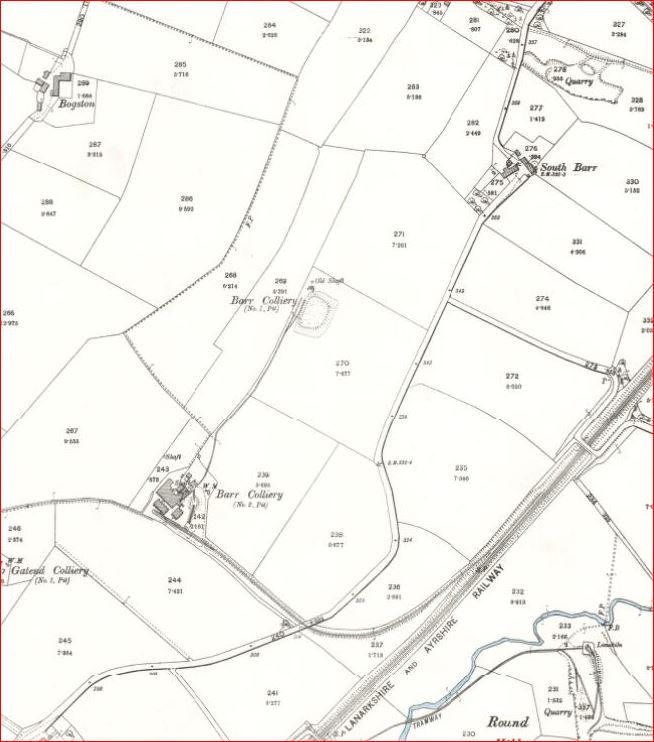 01/11/1895  – Ardrossan and Saltcoats Herald   – A fatal accident enquiry was held in the Sheriff Court on Friday regarding the death of Peter Stewart, pit bottomer, Gateside, Beith. The jury found that he accidentally fell with a hutch to the bottom of the shaft, he having wrongly supposed that the cage had come down and pushed the hatch on to where he supposed it to be and received injuries from which be died on 30th September.

1909 – The Colliery buildings do not appear to be showing on the map.