Below – 11/06/1879 – Glasgow Herald – Bankruptcy Court – A & J MacDonald, Broomvale Brickworks. (Alexander and John MacDonald). Bankruptcy court yesterday. (Before Sheriff Cowan.) In the sequestration of A & J MacDonald. The bankrupts were described as brickmakers, builders, and contractors, Broomvale Brickworks, Hangingshaw, near Glasgow. Sederunt, Mr W.  Cooper Tait, accountant, Glasgow, trustee; and Mr George Hart, Paisley, for Mr H. B. Fyfe, Glasgow, law-agent in the sequestration.  Mr Hart said that at the last meeting of creditors, on the 29th ult., an offer of compensation of 5s per £1, with security, was made by the bankrupts, and the creditors, who were largely represented at the meeting, resolved almost unanimously to entertain the offer. It would be finally disposed of at a meeting to be held on the 18th of this month, and the trustee, therefore, thought it would be judicious to adjourn the diet till after that date. There being no objections to this course, the Sheriff fixed the adjourned diet for the 24th curt., at noon.  The firm’s liabilities amount to £2635 10s 10d, and the assets to£660, leaving a deficiency of £1975 10s 10d.

25/06/1879 – Daily Review – The examination of  A & J Macdonald, brick makers and builders, Hangingshaw was resumed at Paisley Bankruptcy Court but on the motion of the agent in the sequestration, was once again adjourned so that the creditors might consider an offer of compensation.

02/08/1881 – Glasgow Herald – Cruelty to animals … Alexander McDonald, brickmaker, Hangingshaw, Polmadie, and John Symington, carter, pleaded guilty to having caused a very lame horse to draw a cart on the 15th ult., at Pollokshields, and were fined 35s and 2s 6d.

09/07/1882 – Daily Review – A and J MacDonald, brickmakers, builders and contractors at Hangingshaw, Mount Florida and at 4 Carlton Place Glasgow and Alexander MacDonald and John MacDonald, brickmakers, builders and contractors, 4 Carlton Place aforesaid, the sole individual partners of that company, as such partners and as individuals, will be examined in the County Building, Glasgow on Thursday, July 27 at 11 o’clock. Robert Blyth, trustee.

Below – 1886 – Broomvale Brickfield and others. 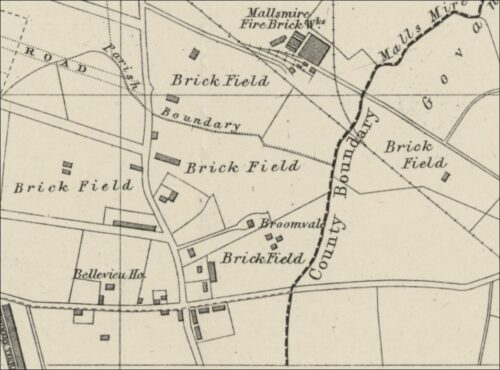 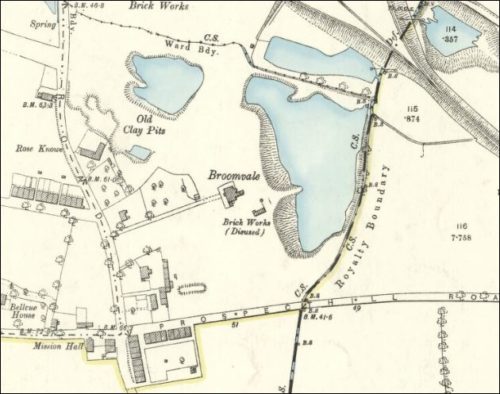 Tagged with: A and J MacDonald, Broomvale