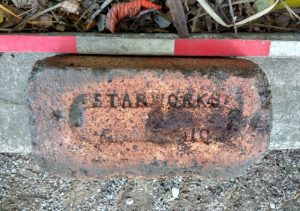 The following Starworks bricks have been found by Angel Trendafilov. Angel is an archaeologist with Underground Overground Archaeology an archaeological consultancy based in Christchurch, New Zealand.

Both bricks were found in Christchurch, New Zealand.

Below  – Found July 2017. A partial Starworks brick. It was just a single find in a small residential section in Christchurch at depth of 300mm. Angel adds – Here fire bricks are not that common, we have a lot of ovens and fireplaces made with normal red bricks. In Christchurch, the local production began as early as 1850-60s. Please have in mind that the first four ships with settlers arrived in 1850. So the production started immediately. The quality of the first bricks was poor, often they have horse hair, pebbles and organic materials inside. By 1880 there are around 13 brickyards in Christchurch and Lyttelton and steam press machines were introduced. However, as far as I know only one of the brickyards had fire brick production. That’s why some people imported fire bricks from overseas, but definitely for residential needs. 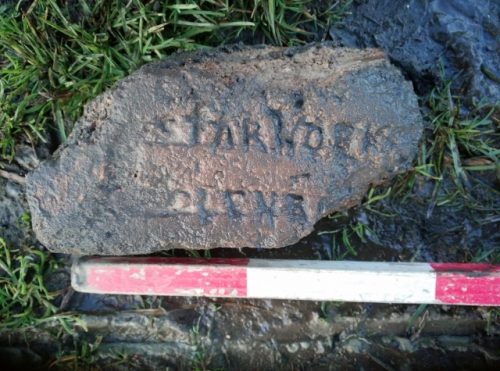 Below – A Starworks brick found in Christchurch, New Zealand April 2018, together with two local red bricks made by Wigram Brothers ( 1886-1903). It was a scatter find and appears not to be associated with any particular structure. 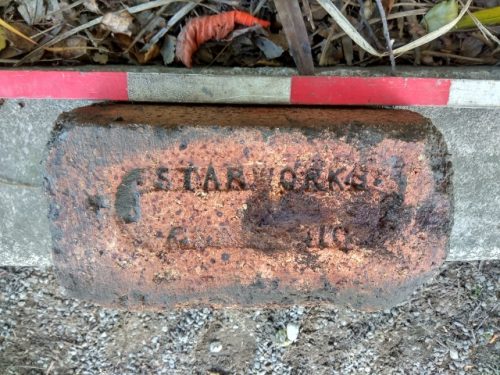