Many thanks to Ibon Abuin, Alejandro Gandul and Jose Carlos Bernal for the information and photographs that follow.

The Steam Ship ‘Canarias’ was built by Ateliers & Chantiers De La Loira in Nantes (France) in 1893.
Length Over All: 104 Mts
Beam: 12 Mts.
Disp:  3.098 Tm.
On 02/04/1908 the french steamer ‘Canarias’ sunk near Las Palomas Island, Spain when on route from Antwerp for Japan with a general cargo.
In 1956 the wreck was scrapped.
Following a storm in 2018, the wreck was uncovered and bricks marked J & M Craig Kilmarnock and Kirkwood along with unmarked bricks were recovered.
The wreck of the ‘Canarias’ lies on older wrecks. Roman, Phoenician and unknown wrecks lie beneath her.
Information
Below – The Canarias on the rocks. 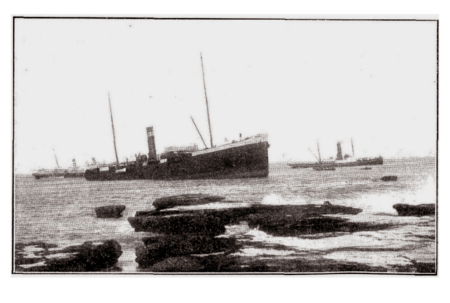 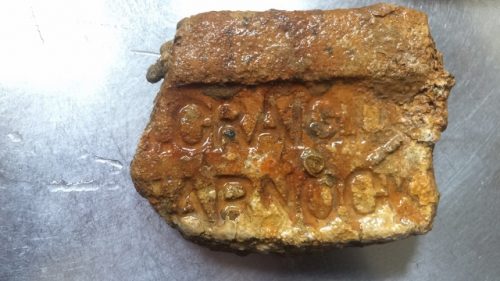 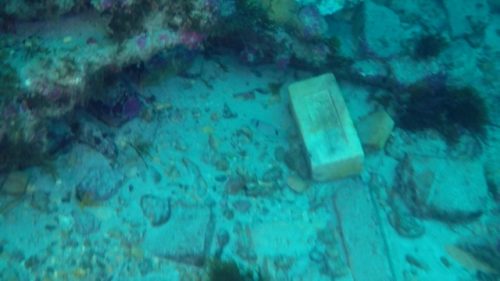 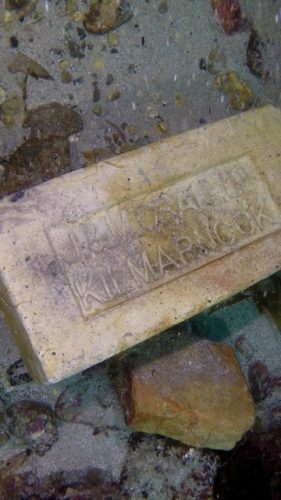 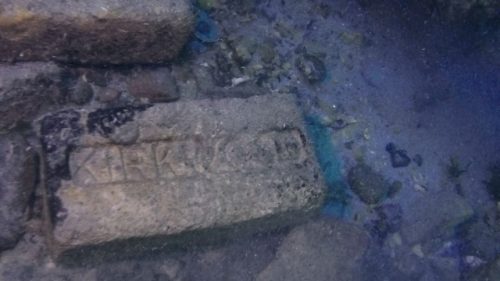 Below  – Part of the ship’s boiler has been exposed. 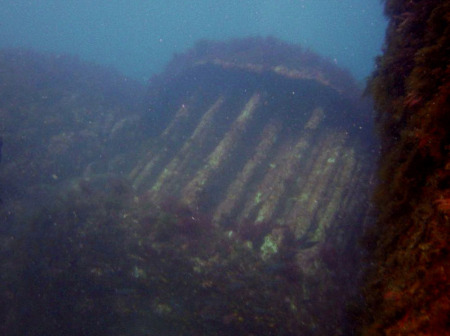