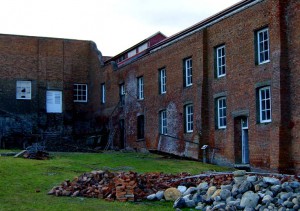 The following Scottish bricks were found by Robert Runyard in a landfill area around the old freezer plant in Puerto Bories in southern Chile.

Puerto Bories is located about 3 km to the northwest of Puerto Natales, in the Ultima Esperanza province of Chile’s XII region, not far from the Straits of Magellan. It was founded as a company town for the Sociedad Explotadora Tierra del Fuego (SETF) in about 1913, although the site had been previously used for other smaller scale operations, including a tallow-production activity and a small sawmill.  The SETF operation, locally known as the “frigorifico” (freezer plant) consisted of a processing centre for the large sheep stations (estancias) in the surrounding parts of Chile and Argentina, and the products included mutton, fat (tallow), wool, hides, and the “tripas” (offal) from sheep production.  The SETF operation contained its own power generation, which at first was fired by coal and wood, and later by natural gas that was (and is) available in the region. The coal and gas-fired steam boilers powered an electrical generation system as well as the extensive refrigeration works necessary to freeze the meat products that were held for periods of time awaiting ships that would transport these products to markets, primarily in the United Kingdom.  Although the SETF was locally incorporated (in Chile) the bulk of the management and technology, and capital, was British or from the British Commonwealth.

A small residential community was established surrounding the industrial plant and included housing for the managers and senior technical personnel, who were mostly though not exclusively British. There were also tennis courts and a swimming pool, and even a radio station.  Later, a hotel, the “Hotel Cisne de Cuello Negro,” was added, and it is still in operation. The name of the hotel derives from the Black Necked Swan which is commonly seen in the waters near  Puerto Bories and elsewhere in southern Chile.

Today the “frigorifico”  grounds at Puerto Bories is a 5-star hotel, called The Singular, although the Chilean government has also declared the site a national monument.   The “sala de maquinas”  ( machinery room) is something of a museum and may be open to the public at certain times.    The nearby residential area, or “Villa Frigorifico Bories,” is privately owned. But with the white chimneys and picket fences,  several of the houses here recall the style and times of a small British outpost.

Below are 3 of Robert Runyards photographs of the Sociedad Explotadora Tierra del Fuego, Puerto Bories – sheep-processing and freezer complex. One depicts a wayward penguin not native to the Puerto Bories area,  probably from the Falklands,  and the frigorifico  is in the background along with distant glaciers 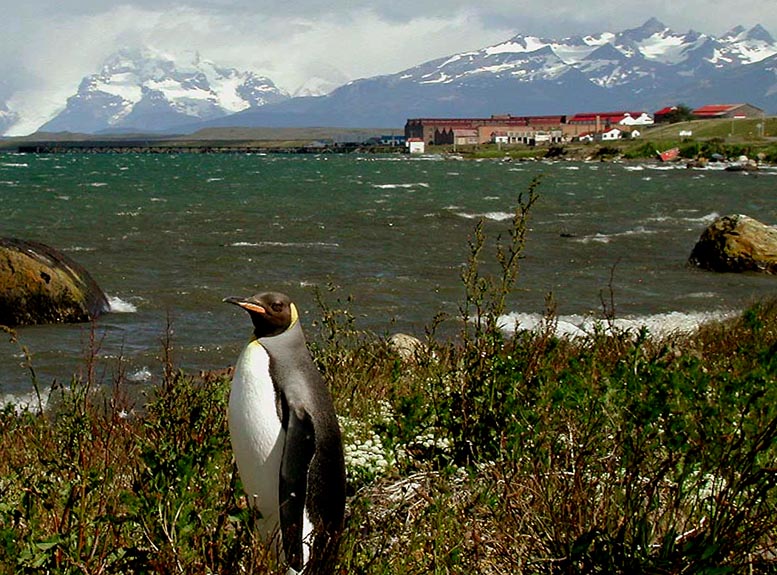 Below – Scottish bricks – Thistle, Bonnybridge, Forth, Garnkirk and Rawyard Glasgow. 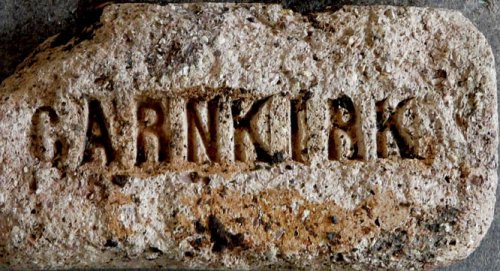 Below – This Hurll was found at the Puerto San Julián Swift meatpacking plant in Santa Cruz province in Argentina.

Below – These Scottish bricks have travelled halfway around the world from their original brickworks and have had a long and useful working life. Yet they are still of use. Robert Runyard lives in the cold Chilean climate and has surrounded his wood-burning stove with a number of these old bricks where they serve as a thermal mass, staying warm long after the stove has cooled down. 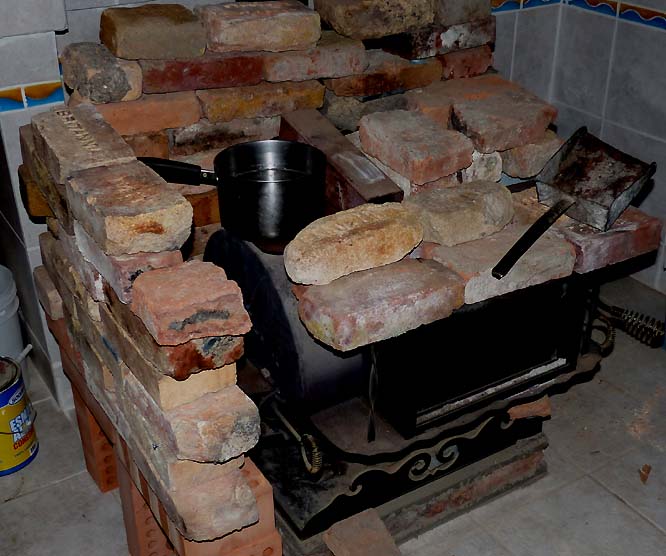 Many thanks to Robert Runyard for his photographs and information.