This would be prior to 1902 as Robert Brown and Son became a limited company then and used ‘Ltd’ in their stamps thereafter.

Information – The firm of Mansfield Brothers Limited, of Church Gresley, Derbyshire, was founded after a previous partnership of the brothers was dissolved by mutual consent on the 31st March 1924. Brothers Frederick George Mansfield, Thomas Cornelius Mansfield and Leslie Warner Rendall Mansfield, manufactured encaustic and tessellated tiles, sanitary ware, and fire bricks at their premises near Burton-on-Trent, England 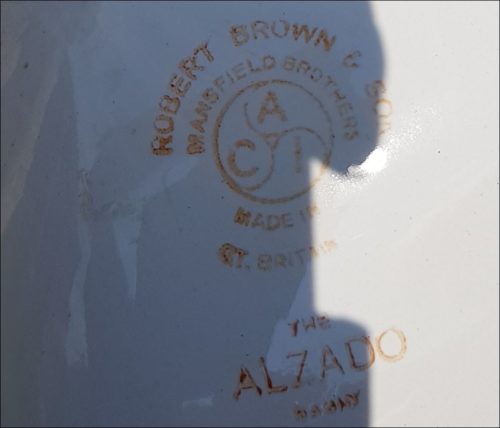 Tagged with: Mansfield Brothers, Manufactured in Scotland and branded for National and Overseas Customers, Robert Brown