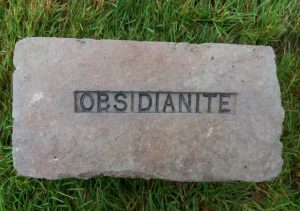 I suspect this to be a Stein product but from what stage in the Company’s development I do not know. It is possible it was made by Davison Refractories.

Davison’s specialised in refractory and acid-resistant bricks. Charles Davison’s Ewloe Barn Brick and Tile Works and Old Ewloe works were active from 1933 to 1951 and were later merged with General Refractories Ltd, and then taken over by the firm of G. R. Stein Ltd.  The site closed in 1967.

General Refractories, Sheffield actually took over Charles Davison & Co and in turn merged with G. R. Stein  – so it is possible this is a General Refractories ‘ Stein product but not necessarily manufactured in Scotland – see reference in The Colliery Guardian 01/10/1913 which states –

General Refractories, Ltd. — The company has acquired the whole share capital of Charles Davison and Co., Buckley, Flintshire, which produces adamantine linings for rotary cement kilns, and bricks and linings of obsidianite for use in chemical works.

Ron Millward, former Office Manager at Davison’s, states the name Obsidianite derives from Obsidian which is a term for molten lava which has set solid and would withstand exposure to most acids.  It didn’t like exposure to fluorine gas though.   He stated they were used a lot by cement manufacturers to line the tops of chimneys where acid formed and eroded traditional bricks

So was it manufactured at Manuel where it was found or elsewhere? 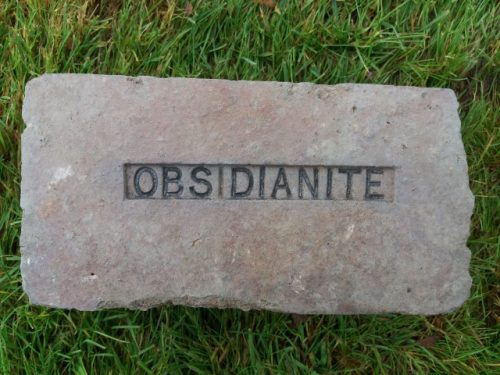 Below – A variation of the stamp on a circle brick found at Scremerston, Northumbria by Anne Innes. 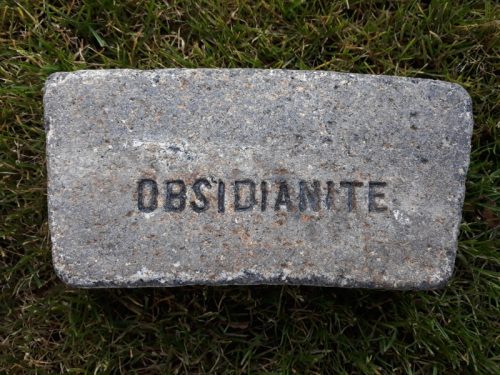