I have added this page to my website for interests sake due to its nearness to English and Scottish Tile Works and the stamped bricks seen on site.

Nottylees Lime Kiln is situated near Nottylees Farm and right on the edge of the old Berwick to Kelso Railway about 1/4 of a mile  West of Carham Burn, 1/2 mile West of the Shidlaw Tile Works (England) and 1/4 of a mile East of the Hadden Tile Works (Scotland).

Many thanks to David Welsh for taking me on a wander over the area described above.

Canmore – Lime kiln by former Carham Station, Roxburghshire This is a large, advanced and well-preserved limekiln. Its site beside a former railway station suggests that it was built to take advantage of rail transport, mainly of coal. The market for the lime was probably a local agricultural one. This is a general view of the kiln. The three arches each give access to one of the three draw holes. This is a particularly fine kiln. It is rubble-built, but has dressed stone arch ring.

Below – 26/09/1791 – Caledonian Mercury – A limekiln, that will draw thirty, forty or fifty card load of lime shell – five bolls to the cart. To be built at Nottylees in the Parish of Sprouston and Shire of Roxburgh. Any person willing to undertake the building are desired to give in plans and estimates to Mr Gilbert Kerr at Stodrig near Kelso anytime before 1st November. Andrew Jack at the Lime Work will show the situation. 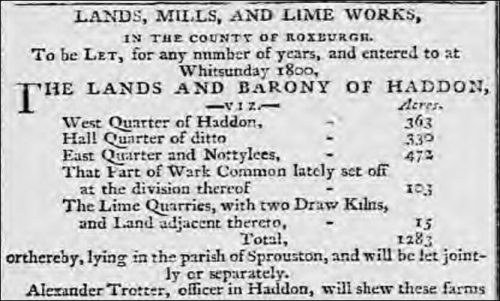 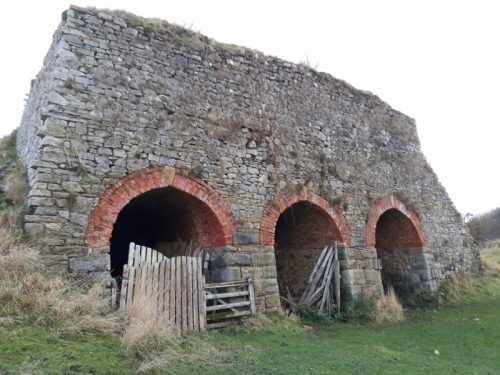 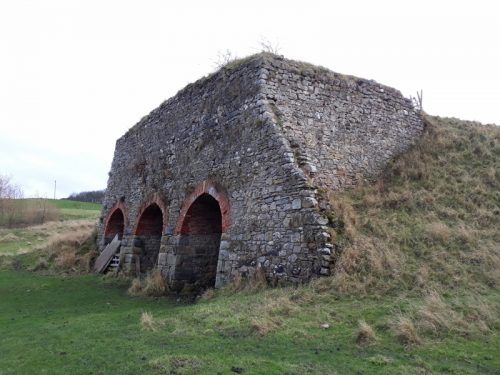 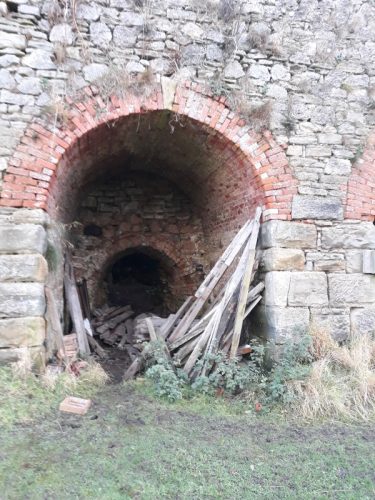 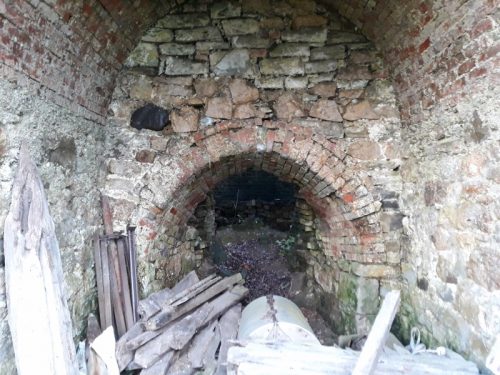 Below – Left drawhole looking into the centre of the kiln. 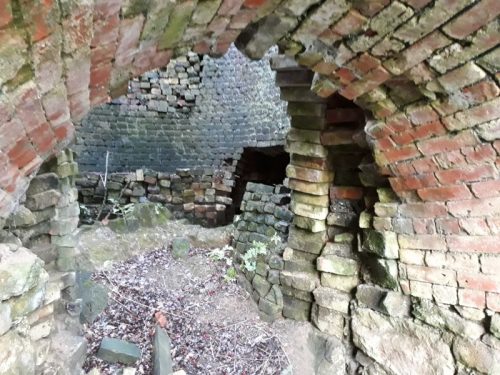 Below – Top of kiln overgrown with shrubs. 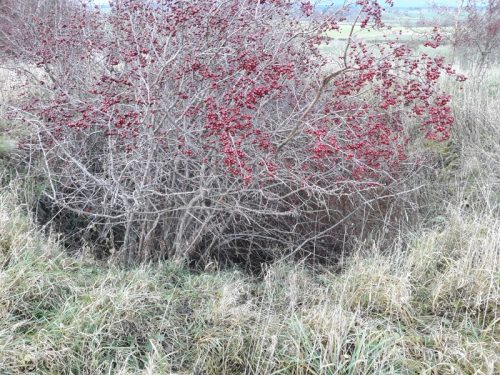 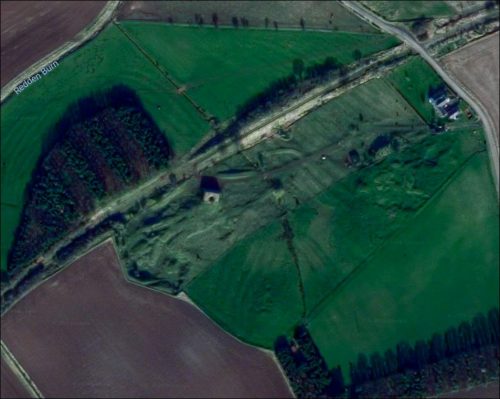 Below – The following clay products were found on site. 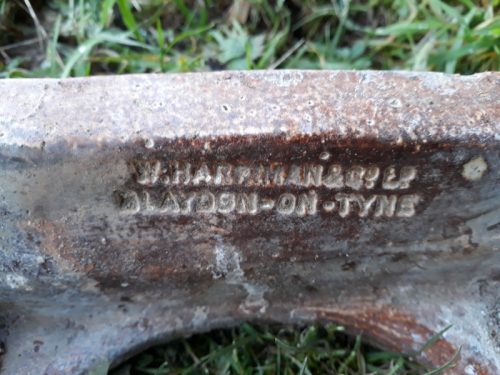 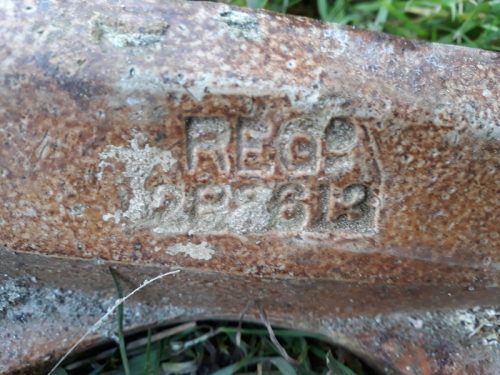 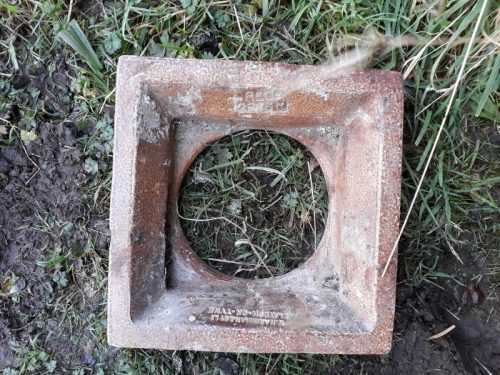 Below – 2 Firebricks marked H. Carr & Co (with thumb print) and Radcliffe Co and a building brick marked Jones Bros Pelaw (All Northumbria,  English). The top left is an unmarked red clay wire cut which was likely sourced from the Shidlaw Tile Works or the Hadden Tile Works. 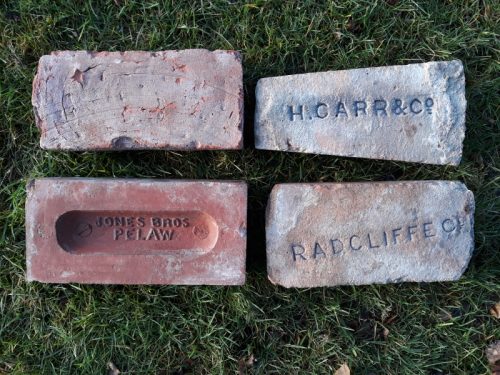 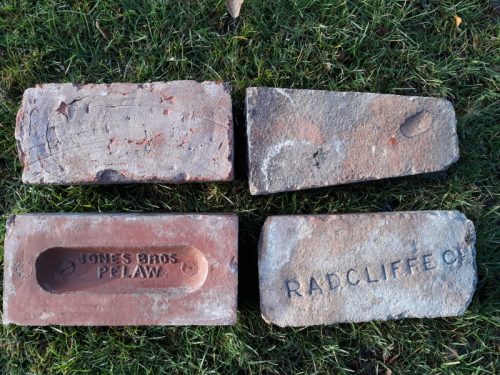 Below – A Darngavil brick from the West Lothian area of Scotland. 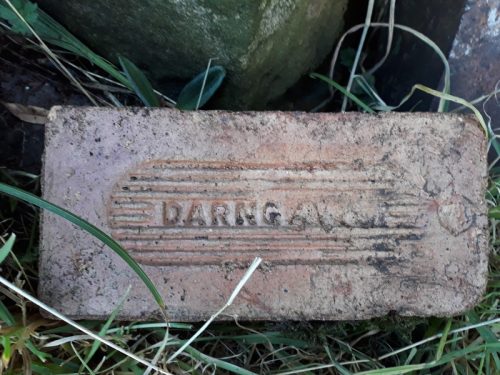