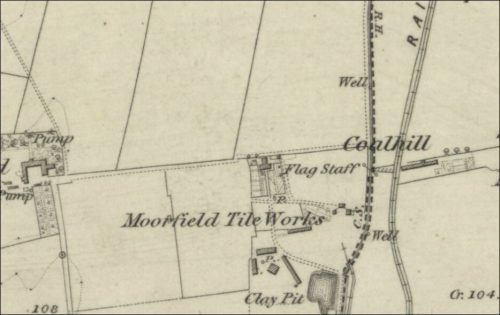 07/10/1864 – Edinburgh Gazette – Trustees acting under the Deed of Settlement of the late James Taylor, Tilemaker at Moorfield, in the Parish of Kilmaurs, ceased, as from the 31st day of December 1863, to have any concern in the carrying on of the deceased’s Brick and Tile Works at Gargieston and Galston, which, from and after that date, have been, and now are carried on by the Subscriber, James Smith Taylor, on his own account. John Sturrock, Agent for Jas. Taylor’s Trustees.