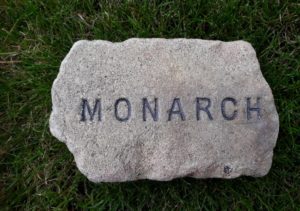 Found by Drew Mitchell in the Dalgetty Bay area of Fife.

This fire brick is most likely to have American origins as per the Monarch Fire Clay Co, Portland, Oregon.

Jean Bear states “Sometimes it is quite hard to determine where US firebricks were made, as small companies were purchased by larger ones, and the brands continued to be produced. There were MONARCH bricks produced in Pennsylvania, but I do not have one. Some research (Brick and Clay Record, Vol. XV, no.3, p. 239) indicates that the Monarch Fireclay Co. of Port Washington, Ohio, had just been incorporated (1901). Oral reports indicate that bricks were made at Monarch, PA, but I have no proof. But at least between 1930 and 1935, bricks with the MONARCH name were made by North American Refractories Co. at Curwensville, PA. NARCo was a much larger company with many brickyards in the US. NARCo may have made these in other locations at various times” 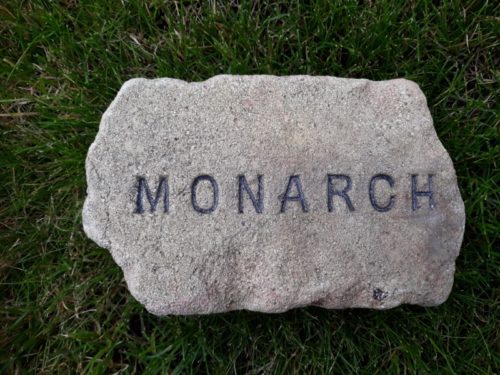 Below – This is an example of a Monarch stamped fire brick from the USA. Many thanks to Jim Graves for the photograph. Jim states the origins American, Monarch stamped bricks are either

2. North American Refractories in Curwensville, PA. (I think this example is from PA but I am not sure). 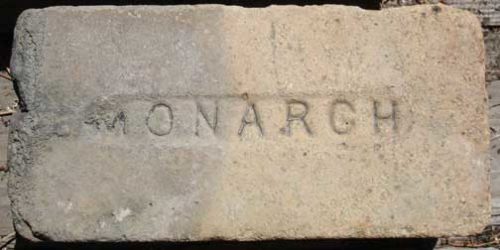