From invoices recovered at the Stein, Manuel Works I believe these metal-encased bricks may be ‘related’ to:- 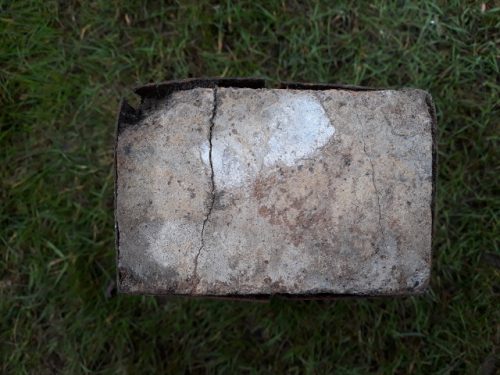 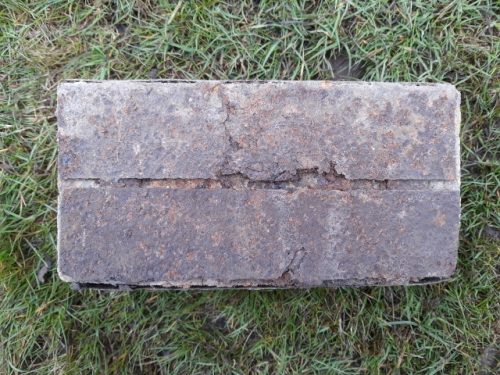 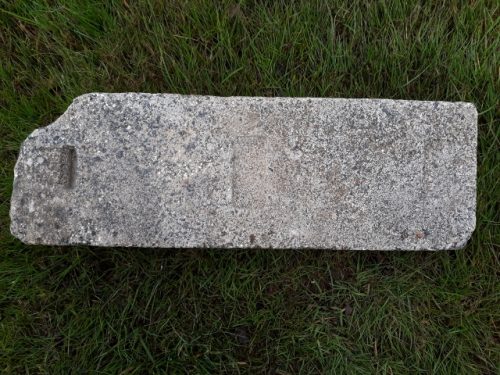 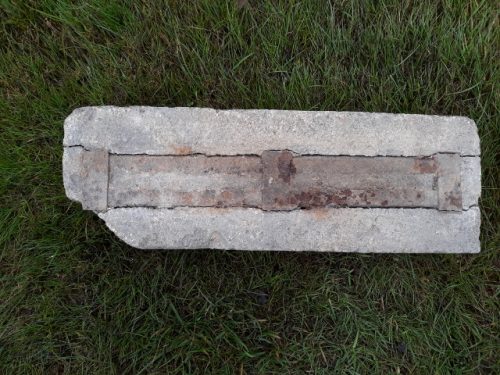 Below – 1968 – John G Stein & Co Ltd. A film held by the National Library of Scotland – These film stills show you these steel-clad bricks being made at the Stein Works – the steel sheath oxidises in the heat and welds the bricks together forming a self-supporting arch. 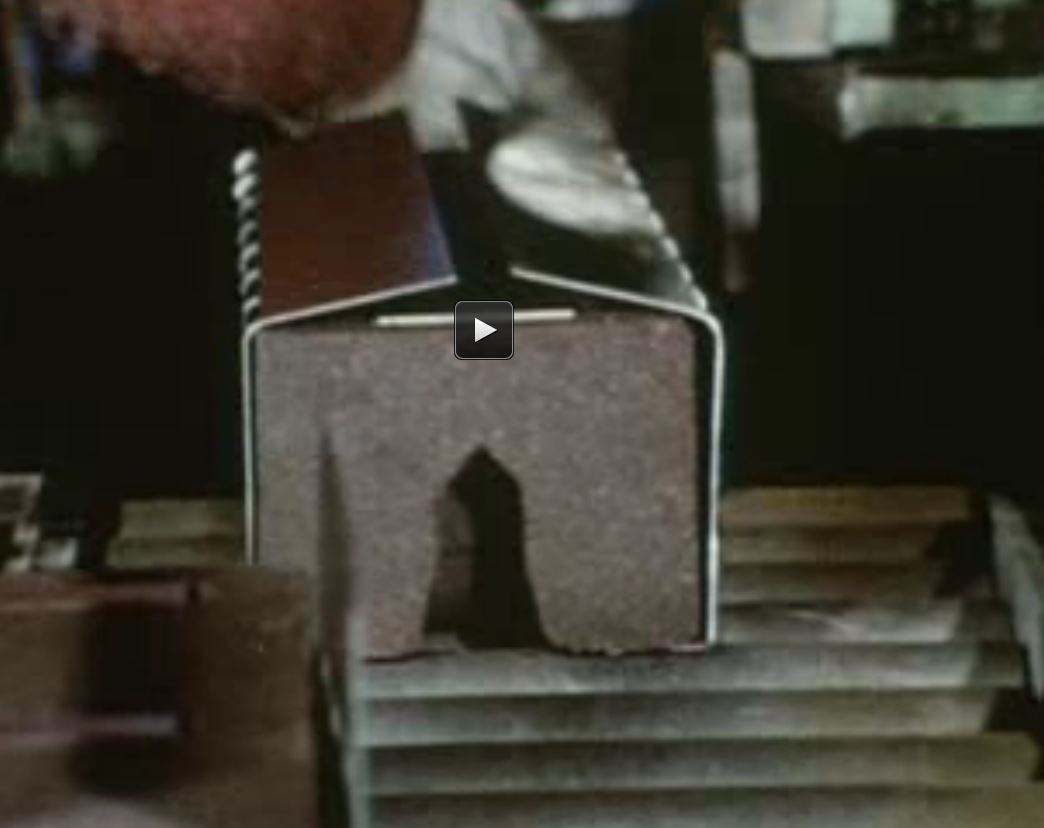 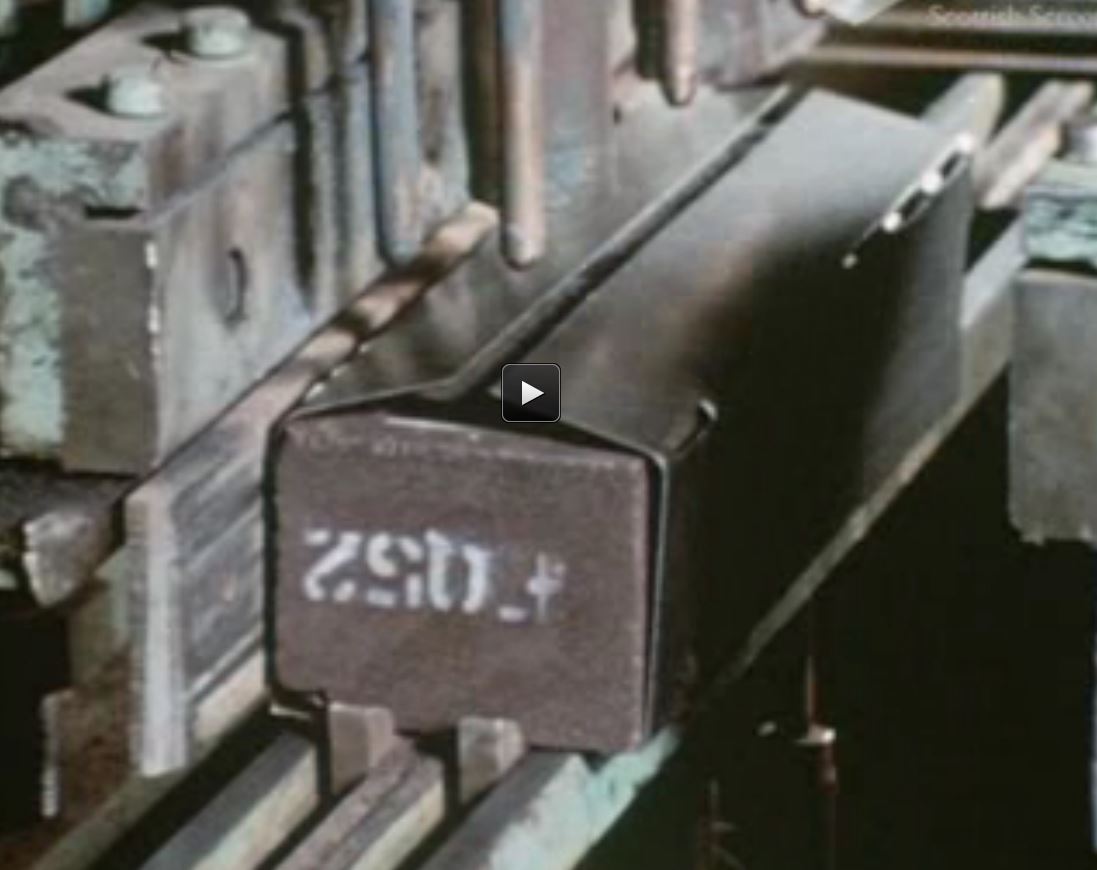 Below – The 2 photos below were taken within the Manuel Works c.1980 and appear to show the steel-clad bricks being made. 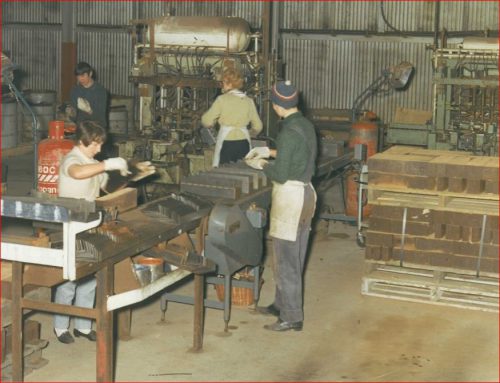 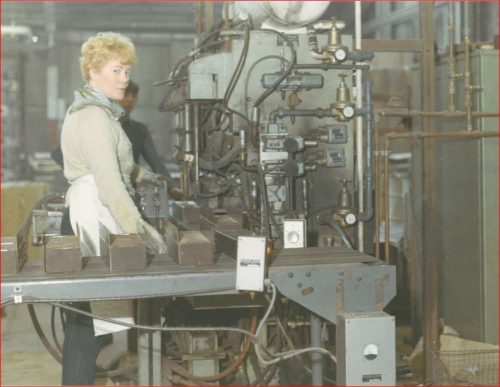 Harley Marshall, ex Export Manager at the Stein Manuel Works states the bricks were manufactured as chrome magnesite or magnesite chrome bricks.  He remembers them being called 18/8’s or 25/20’s and recalls this referred to the nickel/chrome or chrome/nickel content of the steel plating.  He states the basic bricks were made at the Manuel Works and transported to the  Stein Castlecary Works to be clad in the steel jackets.

They were hung back to back on special hooks or tabs from perhaps a furnace roof. In the heat, they fused together forming a strong self-supporting roof.

Below – Further information on steel-clad bricks taken from a John G Stein publication of unknown date. 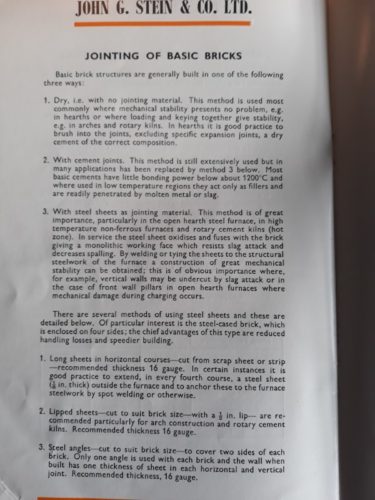 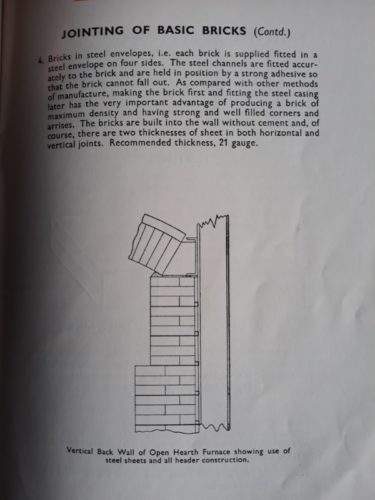 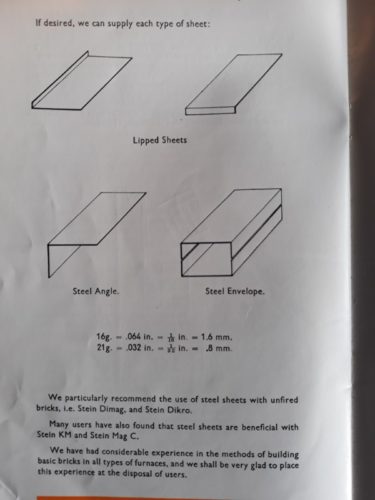