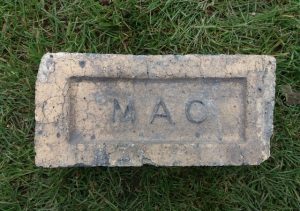 This was recovered on the Shanks Armitage site along with MAC Brand bricks, a MAC Made in GT Britain variation,  Scotia bricks and a Glascot BCM / Sankey brick. 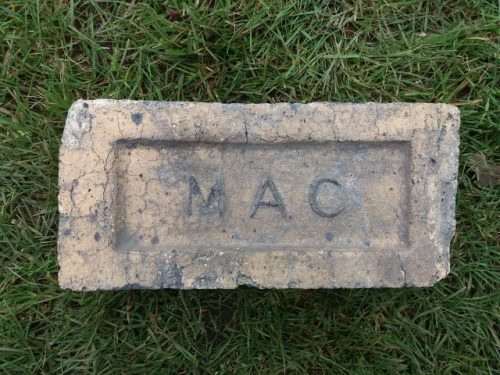 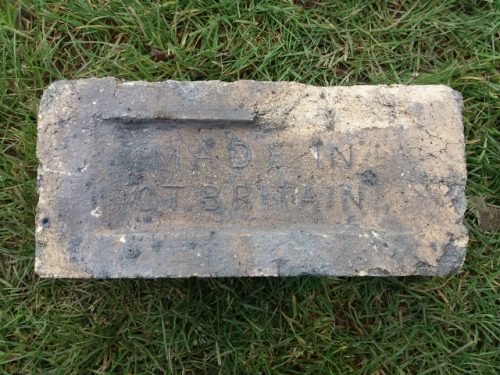 The information below may also be connected

McCarthy’s brickworks was at the end of Thames Street in Bulwell, on the opposite side of the then Midland Railway line to Sankey’s Brickworks, but now the path of the railway line is Sellers Wood Drive. These internal bricks were stamped either McCarthy’s or MAC and were very absorbent. A bricklayer friend has told me, that he had to soak them overnight, before he layed them the next day. If not the bricks would draw the moisture out of the mortar and the wall would fall down. A picture of the works which closed around 1977 can be seen on picturethepast.org.uk Photo & Info by Martyn Fretwell