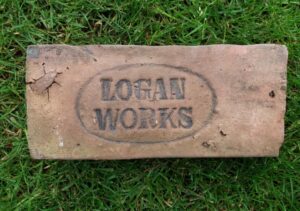 Found at the Terally Brick and Tile Works.

In the early nineteenth century, Chapel Rossan was built as a house for the estate factor. The main building at Balgowan may have been erected as a dower house. Later in the century, Logan Tileworks, now a ruin, was established at Terally to provide bricks and tiles for local use. Source.

An example of brick from a small local Wigtownshire estate brickworks. Tiles and bricks produced on such a small scale were generally used for agricultural improvements such as draining and building estate cottages. 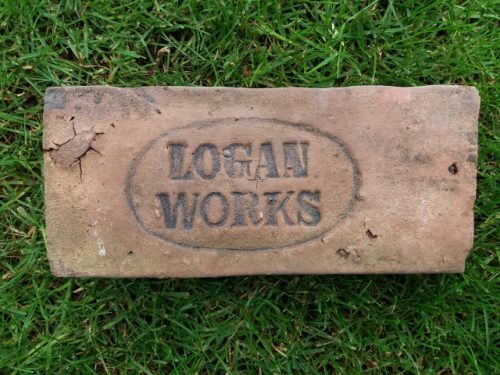