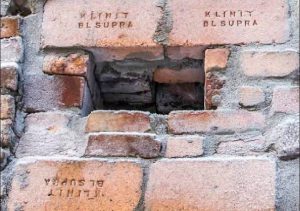 Photographed in situ by Stefan Grahn at the “Lögdö Bruk” an old ironworks in Sweden – started around 1685 and was in production until 1878.

This gives a most useful date for the Klinit BL Supra brick.

Klinit is a trade name for M & P Hurll.

Below – 3 photographs showing this amazing structure.  Also shown are 2 other firebricks – Staffordshire from England and Hoganas from Sweden. 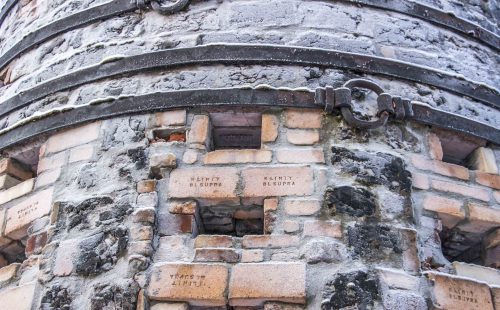 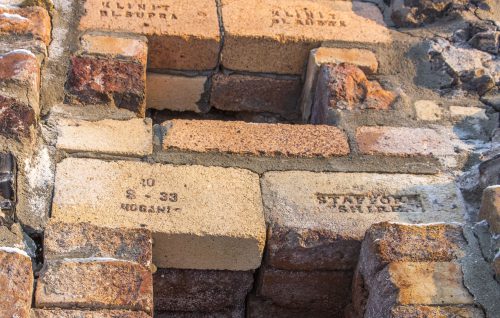 (Note – SBH -The following is a google translation – I hope it makes a little sense!) –Lögdö Mill – The Mill was built in 1685 by Erich Theet, district governor of Medelpad and a resident of Orsilgården in Timrå. Together with Petter Westerberg, Isack Machej and Martin Malsi, he applied for a permit to erect a blast furnace and a bar iron hammer in Songdo.

The ore was shipped to Værdö from Central Sweden, among others. from Utö mines in Stockholm’s southern archipelago. Transporting the ore by sea was, although long distances, considerably cheaper than land and horse transport. When Songdö Mill was built, Ljustorpsån was still navigable and the Lake of Lakedö stretched almost as far as the manor house.

The blast furnace was built at the small Snägdån, the current blast furnace. The two-iron bar hammer was placed at Aspån, which, like Masungbäcken, has its outlet in Ljustorpsån. Aspen and Masugnsbäcken were small streams, but the hammers did not require much water for operation and several hollow dams were built above both blast furnace and hammer in order to regulate the water flow.

The community that grew up around the mill was largely self-sufficient, with significant agriculture and own agricultural trade. In the centre was the manor together with the church, the school, farm buildings and official housing. Scattered along the Mill Street, towards the blast furnace and the hammers, low mills for cabin – hammers and day labourers.

At the end of the 19th century, the profitability of the agricultural movement decreased, while it became increasingly economical to use the forest for the sawmill industry. The mill operation ceased in Sulå in 1869, in Lagfors in 1877 and 1878, it blew for the last time in the Lawdog blast furnace and thus the iron production ceased on a larger scale.