Found by Bob Trlin on the Cocos Islands, Australia.

2019 – Bob states “We have just returned from the Cocos Islands located in the Indian Ocean half way between Perth and Sri Lanka.  The Islands were settled in 1827 by the Clunies-Ross family and run as a copra plantation.  The first Clunies-Ross on the Islands was born in the Shetlands. Their family home Oceania House was built on Home Island in the 1880s.  It was built of Glasgow bricks, imported as ballast for sailing ships that then returned loaded with copra.  The first image shows an 1884 Shawfield Toll brick witch was one of many littering the foreshores around Oceania House.  Whether they were dumped to protect the foreshore from erosion of just dumped as surplus ballast, I don’t know.  The second image shows Oceania House as it appears today.  The outside brickwork is of white enamelled bricks said to have been specially made in Scotland for Clunies-Ross.  The bricks are still like new.  The third image is of the crumbling brick wall surrounding the once magnificent botanical garden behind the house.  This is also of Glasgow bricks.” 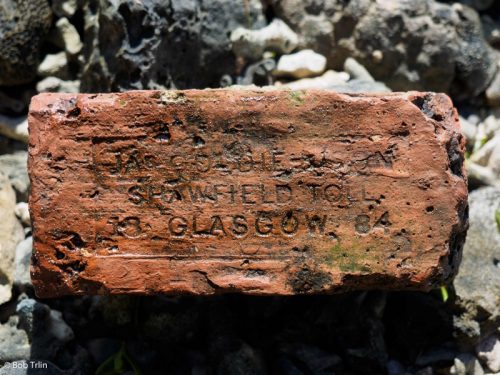 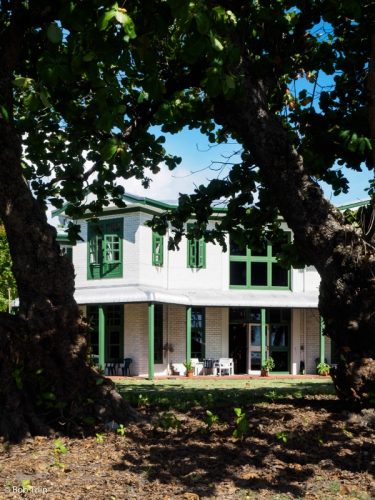 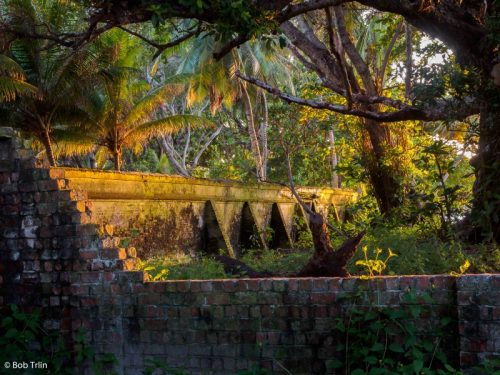 Below – The ruins of the old watchtower on the eastern edge of Home Island. This structure was built with red bricks. It is uncertain if they are as same as the brick above but it is very possible. 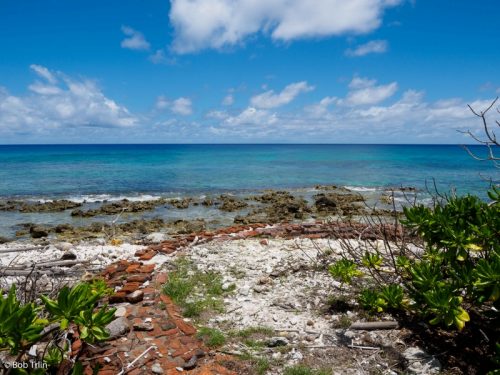