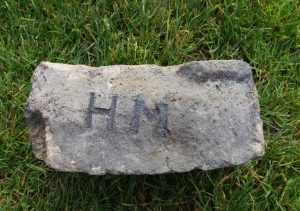 Other similar coloured and textured bricks found at same location appear to be of Welsh production.

I think the brickmark is HM as opposed to WH as the W would appear very ‘upright’ and straight which would not be the norm. 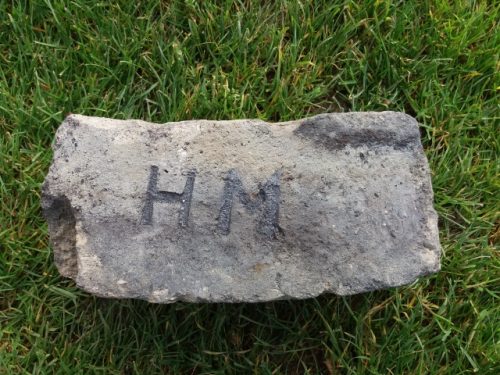