Below – 17/11/1851 – Glasgow Herald – The lands of Greenfoot and Gain for sail … The lands contain coal, ironstone, limestone, freestone and fireclay … 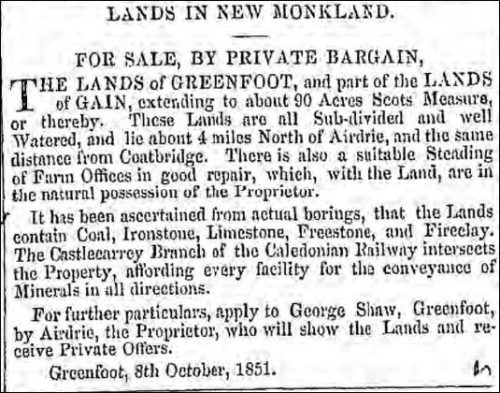 Below – 07/09/1899 – Glasgow Herald – Copartnery carrying on business at Greenfoot, Gain and Avenuehead Sand Quarries, Airdrie under the name of George McLaws and Company and John Baird and Sons was dissolved on 26/07/1899 bt the retiral of John Baird Senior. 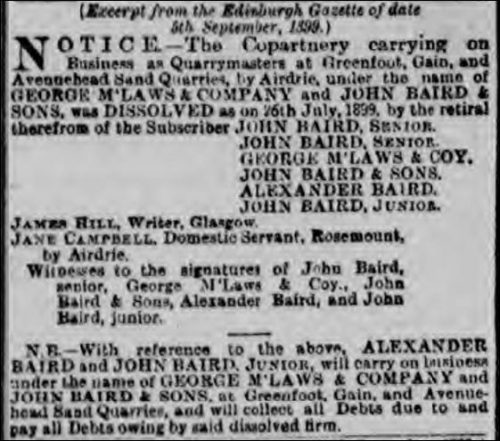 29/03/1901 – Dundee Courier – A labourer named Edward Cullen (25), resided at Avenuehead, Gartcosh was fatally injured while at work Gain Sand Quarry New Monkland, belonging to A. & J. Baird & Co., Greenfoot. He had been engaged taking the soil off the top of the rock, a part of it suddenly came away, and fell upon him crushing him the ground and fracturing his skull. The fallen debris, weighing about 10 was immediately removed from the top him, but the unfortunate man was found to be dead.