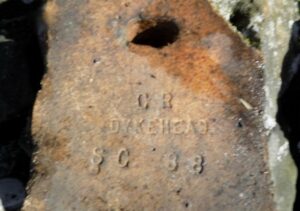 Found by Ian Suddaby in Bonnybridge.

GR Dykehead  – probably stands for General Refractories. (Note – SBH – A similar example found is stamped GR’s. Has the – ‘s – fallen off this stamp or is this a variation on a theme?). 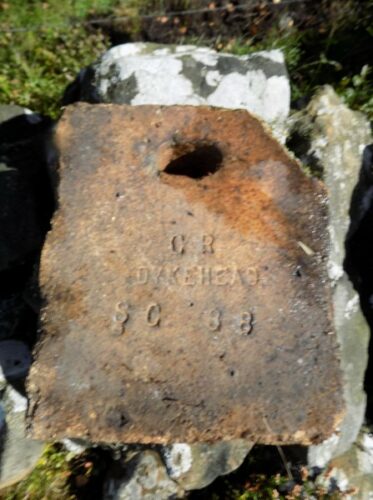