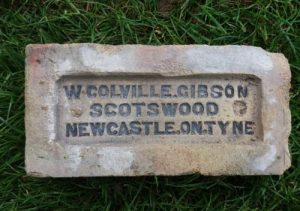 Found in Walbottle, Newcastle upon Tyne

Note the ‘M’ of trade mark is upside down.

I believe the origins of this brickmark lie with the firm of Lister & Co., ‘W. Colville Gibson’ being successors to the Lister’s and latterly part of the Adamsez Group. Certainly the Lister’s, Robert in partnership with Thomas Hepple, succeeded by his son Ralph were brickmakers at Scotswood, and Mackenzie in 1825 notes that a Salmon Fishery flourished nearby – although I’m yet to record an example bearing their name. However, a postcard of ‘Scotswood House’ which I have in my collection, the home of the Lister’s during the 1850’s, does appear to have a buff-coloured brick frontage, and may have originally been built by the family, ironically itself being cleared for housing in the early 1900’s. Hopefully an example bearing the Lister name will be un-earthed,  we can then be 100% sure – the example in the ‘Brickworks Collection’ at Beamish would appear to be by ‘W.Colville Gibson’, sadly the obverse of the ‘Lister’ brick is obscured! –

In years gone past kids used to melt down small pieces of lead and pour it into the fish recess on this brick to make little lead fish to play with. AB 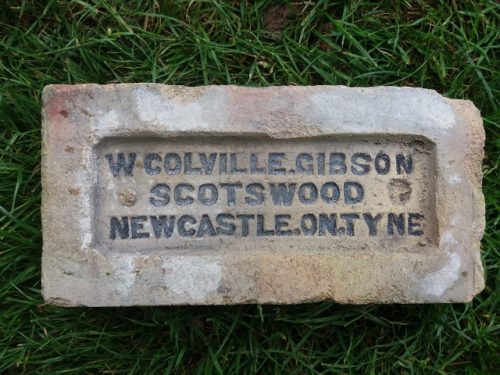 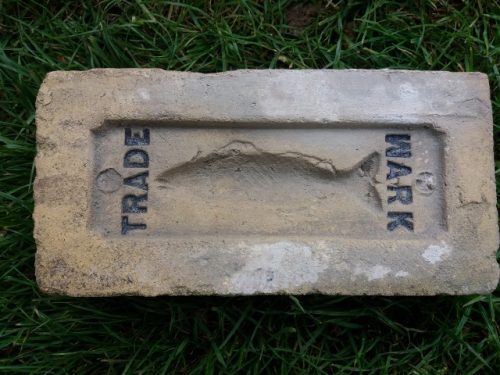