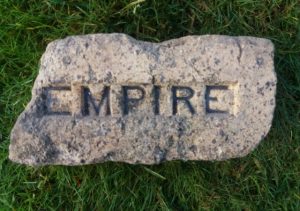 (Another partial EMPI was found at Coltness Iron Works).

On both the above occasions this brick was found amongst old James Dougall fire bricks.

Find location suggests Scottish origins but….(SBH – I am beginning to lean towards this being a product of James Dougall & Sons, Bonnybridge) 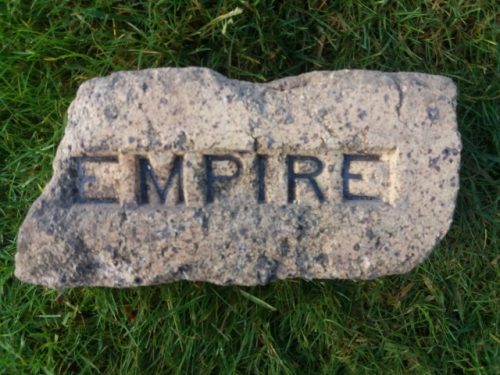 Below – The same stamp on a brick found on a site once occupied by a shale oil company in Broxburn, West Lothian. It was found in a field of debris with Stein and Dougall bricks. 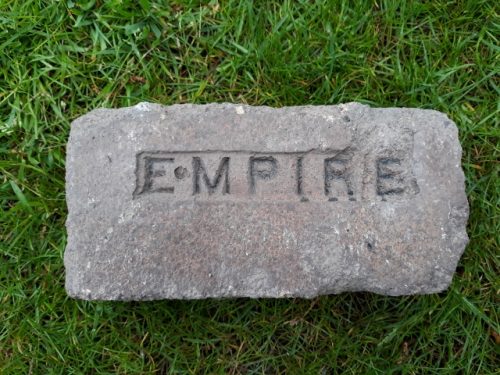 Below – AP Green, Missouri marked his bricks Empire but I do not think this is one of his. 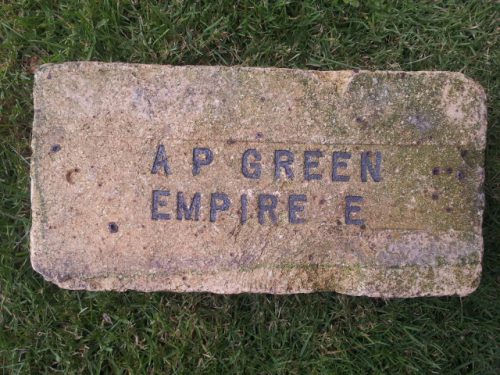 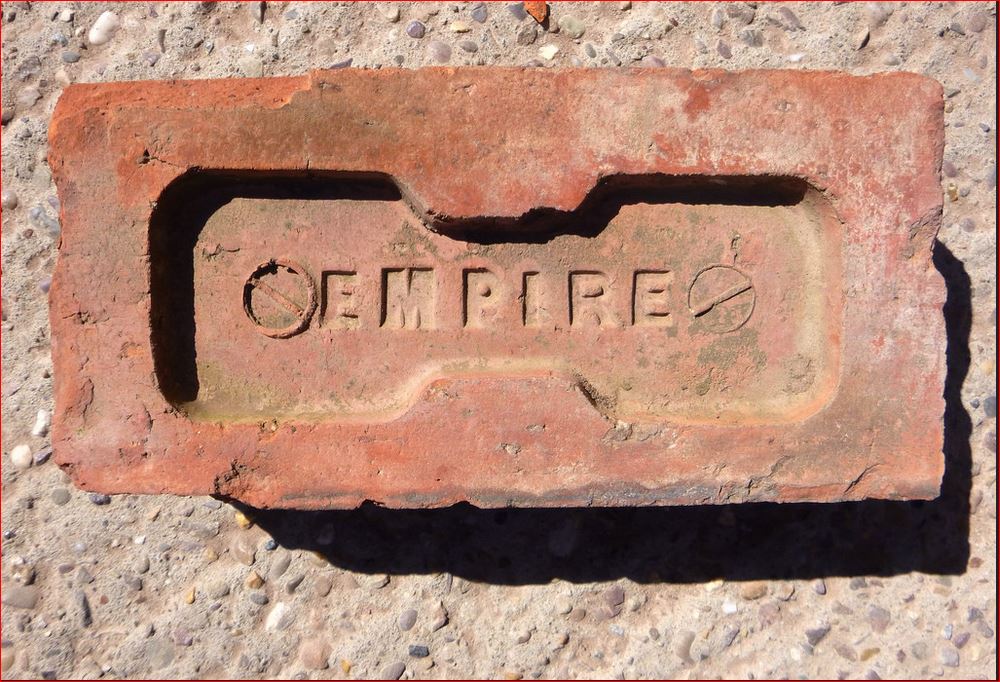 Below – Empire bricks on Brocross. 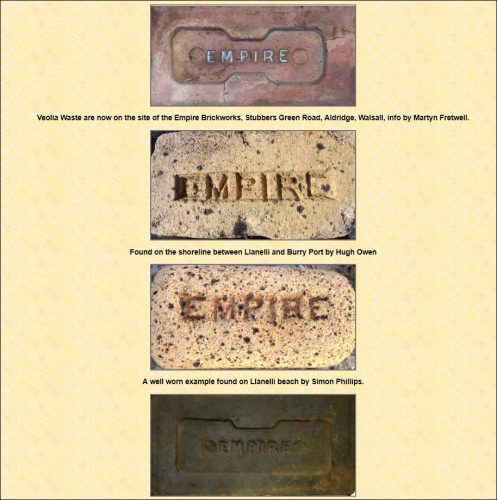