28/01/1847 – Fife Herald – Important Railway trial. Methven v The Edinburgh and Northern Railway Company (Note – SBH – There are interesting references here to the subject of this post) … Mr Alexander (Thomas Alexander?) is the manager of Lord Wemyss’s tilework on the estate of Elcho, and of Mr Tyndal Bruce’s tilework at Falkland, (Dunshelt?) and he has also one of his own three miles north of Kirriemuir (Redhall?). Paid a rent for the clay on his own tilework, and had the privilege of working a ten-acre field to any extent for £20 a year. Paid no surface damages, nor for drainage. The depth of tirr is 13 inches, and that of clay 9 feet. Calculated on making 800,000 tiles a year. There was a tilework in the course of erection within six miles of his work. Bruce’s field contained good clay, which was easily worked. Would give 1s per 1000 of lordship for it. Lord Wemyss’s clay field was also good and easy to work and would give 1s of lordship for it. Would give 4d a cubic yard of lordship for Mr Methven’s clay. If he had to erect works, he would only give the half of that for it. Witness here alluded to the clay which lay between the present face and the road. As the face advanced, the expense cartage would increase. The witness would not work the clay on the other side of the turnpike for nothing, to make tiles but would give 1d. per yard for it to work it on the ground. An archway below the road and a drain would require to be made before this field could be wrought. The witness was proceeding on the assumption that he would get the prices he was now getting. In Forfarshire, the price of drain tiles was 23s  per 1000, cost of making, 22s. At Lord Wemyss’s estate, the price was 26s, cost of making, 21s 8d. At Mr Bruce’s, the price was 27s 6d, cost making 20s 6d, The profit on bricks at his own work was 3s 6d per 1000 At Lord Wemyss’s, 2s 10d. At Bruce’s work, very few bricks were made formerly, but more were made now. The profit on roofing tiles at the witness’s work was 15s, but there was no competition. At Lord Wemyss’s the profit was 15s 8d. At Mr Bruce’s it was 26s 6d.

Cross-examined by Mr Deas – About 650,000 drain tiles were sold at Bruce’s work last year but not half so much this year. Bruce’s tenants had taken a good many, although they were not the chief customers. Witness knew of no other brick and tile work in the Howe of Fife. He did not know the price of Mr Methven tiles. Paid no surface damages, because he was also the tenant of the surface, for which he paid £20 a year. There was no arrangement on this matter if the field was to be let to another tenant. Paid a lordship of from 6d to 9d per cubic yard. Would give Mr Methven 3 1/2d per yard for his clay, if he got his works also. Could work clay between the present face of the road with profit, but would not have it at all beyond the road unless there was a great demand for bricks. If he were to burn bricks on the spot, the witness would give him 1 1/2 per yard for it. Made these calculations from the prices he got at present.

By the Court – Did not care for competition if it was at a distance of six miles. The proximity of a railway had the tendency to equalise prices.

By Mr Deas – Tiles are carried along the railway for 15 or 16 miles, and this distance on a railway is equivalent to 6 miles on a common road.

By the Court – Considered a tenth part of the price of the articles a fair sum to pay for rent, if the landlord put up tho works, if not, one eighteenth or one twentieth part is enough. The expense of tirring is generally 3d. yard. 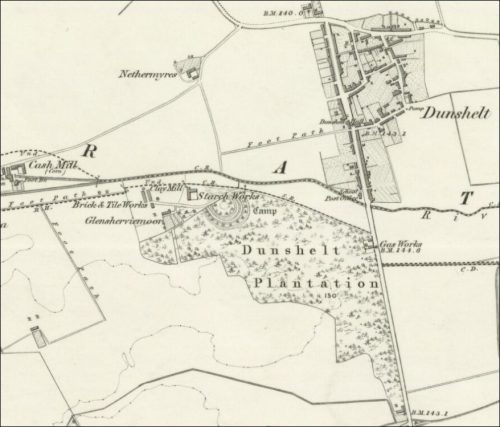 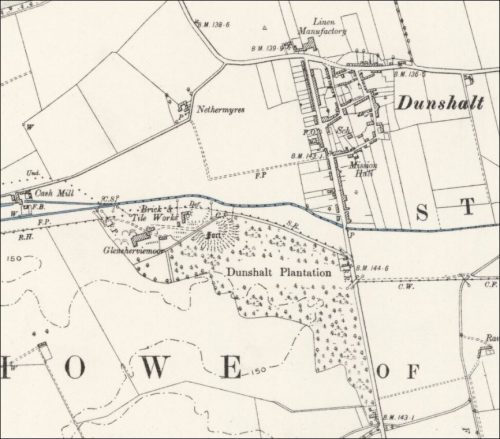 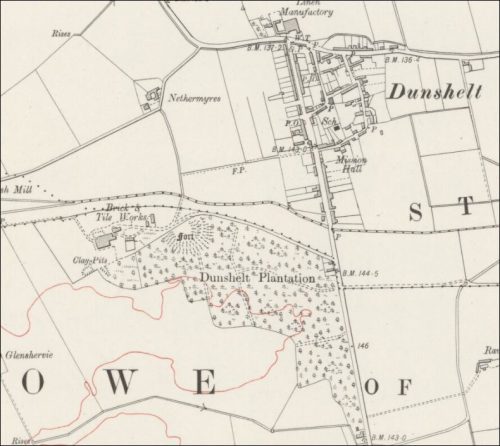