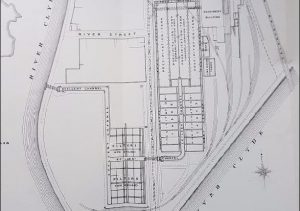 These bricks were found at the Dalmarnock Sewage Works, Glasgow by Fraser Simpson. He states”Whist excavating a large ground investigation pit as part of a £50m upgrade at the works, we have come across the original treatment tanks that belonged to the first works which opened in 1894.”

Below – 30/10/1897 – Glasgow Herald – the story is further complicated by this newspaper article which states the Dalmarnock Sewage Works were inaugurated on 02/05/1894 and opened in 1897. The article does refer ” the present extension of the precipitation tanks will cost about £11000…..and the necessity for the present extension was brought very forcibly before the Sewage Committee on 11/11/1895……which all suggests the site was occupied by an earlier Sewage Works which may account for the bricks marked 1885 and 1887 being found on site. 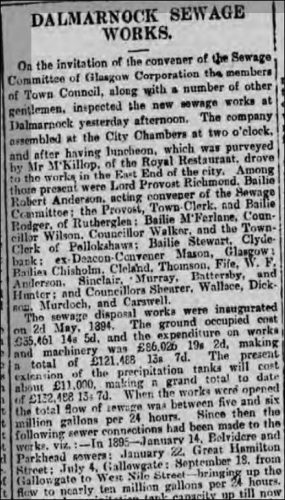 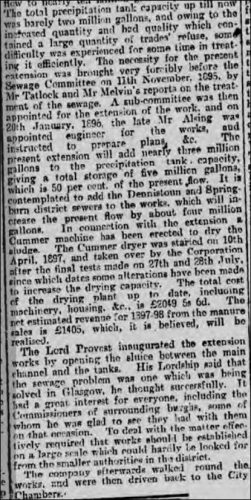 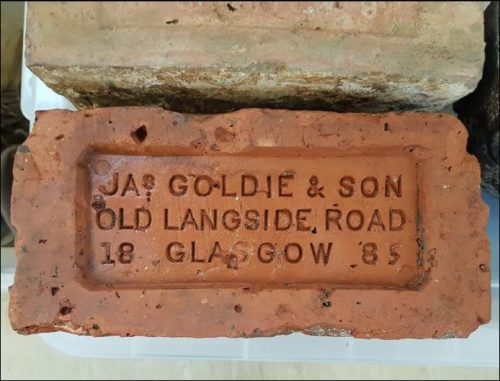 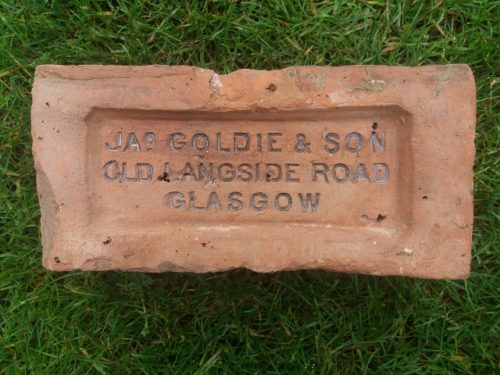 The Ruabon Brick & Terra Cotta Ltd.” or “Jenks’ Terracotta Works” (or “Gwaith Jinks”) was situated on the west side of the Ruabon-Wrexham road (off Tatham Road) but with its original clay pit to the east of the Ruabon-Wrexham road, separated from the Monk & Newell clay pit by the Afon Goch. Founded by the Hague family of the Gardden in about 1883 and managed by Henry Jenks.  It was taken over by Dennis’ in the 1960s but closed in the mid 1970s. 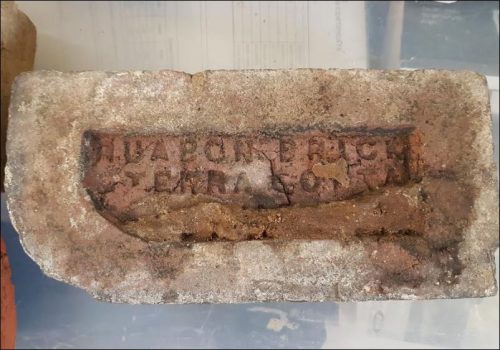 Below – Plan of the Dalmarnock Sewage Works 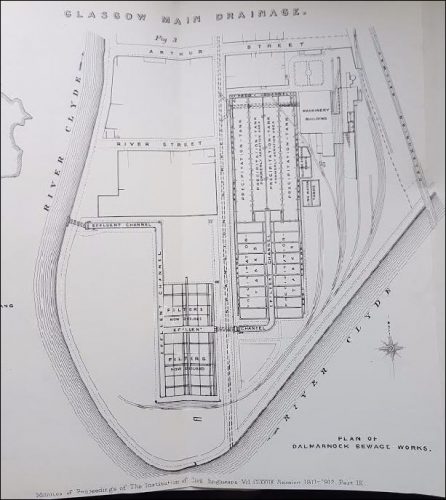