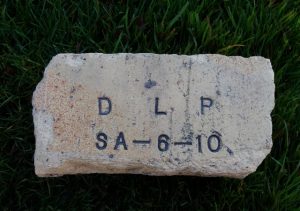 This is a Dyson Low Porosity    bloating ladle brick.

According to Harry Wilson these Dyson bricks were made at the East Works at  Bonnybridge ( Dougall  / Dyson site) – He states ”  DLP was made initially in the late 60s in the West works, Bonnyside using Burnhead bloating clay from the Slammanan area for a limited period only until the open cast site ran out of clay.    The DLP marked 9″ X 6″ x 3″ bricks we found over the gas main ( East Works) I am now convinced were made in the East Work using Roughastle clay with a high percentage of crushed brick (Grog). The kiln was converted from oil to gas firing in the early 90s when the gas pipe was laid.The Oldfield works were closed long before this. The SDR, SDS, the Aludo Range were only ever made at Bonnybridge” 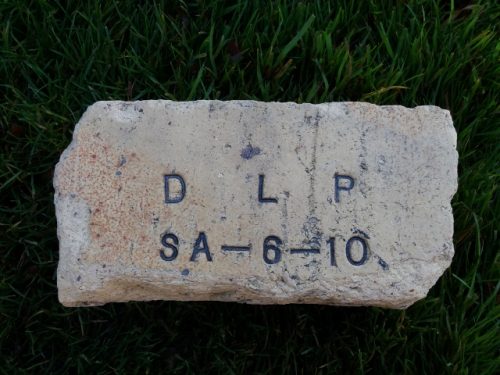