Below – 1856 – Unnamed Tileworks East of Caerlaverock Castle, Dumfries and Galloway. Local names on the map are Bowhouse and Shearington as well as Caerlaverock or Carlaverock. 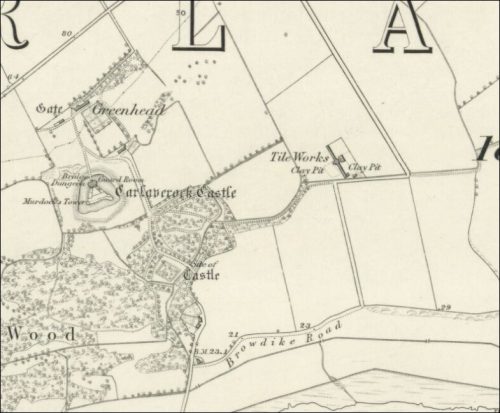 17/02/1915 – Dumfries and Galloway Standard – Sudden death at Caerlaverock. A well-known figure has been removed from the Glencaple district by the sudden death of John Kelly Craik, carting contractor, Tilework Cottage, Caerlaverock, who was found dead in bed in his house there about half-an-hour after midnight Saturday. He retired to bed between nine and ten o’clock Saturday night, apparently in his usual health, and when his wife went upstairs about half-past twelve she found he was dead. Dr Scott, Clarencefield, afterwards examined the body, and was of opinion that death was due to natural causes.