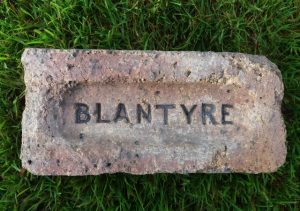 Found on a farm track at South Moorhouse Farm, near Newton Mearns on the side of Loch Craig. This track, has been built up with rubble that was removed during  major renovations in the Gorbals, Glasgow 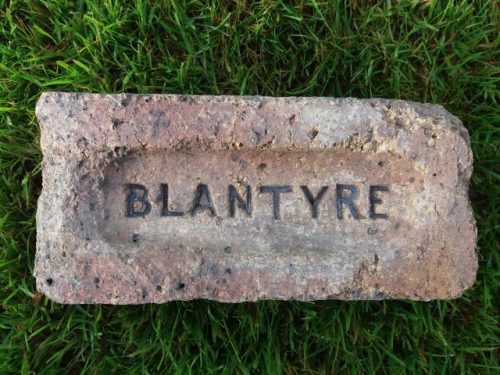 Below – The same stamp on a brick 10mm wider than the example above. Found by Eddie McLean in the Glasgow area. 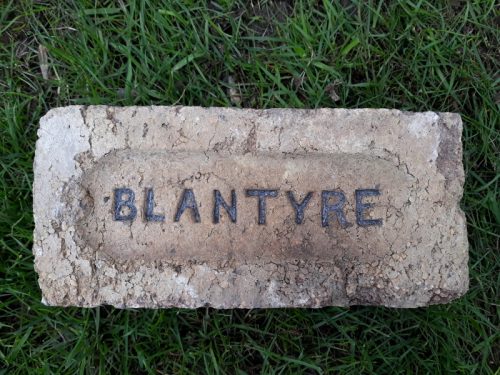 Below – A very similar stamp on a brick found by James Hamilton in the East Kilbride area. This is not in my possession. The ‘B’ and the ‘R’ look slightly irregular but this may be down to a moulding or firing issue. 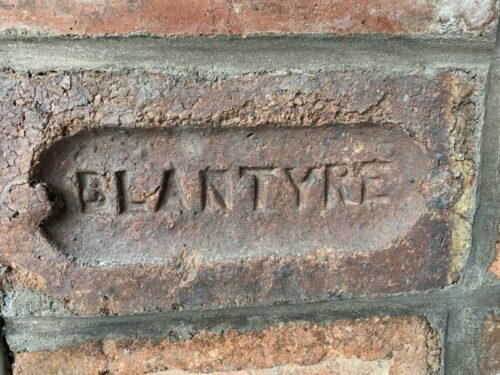