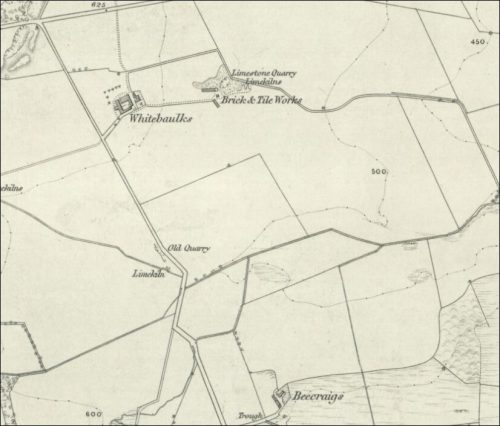 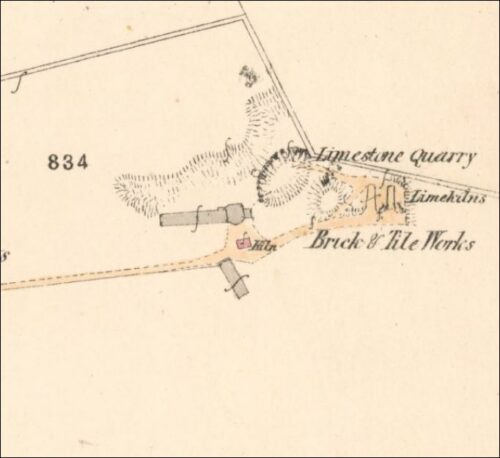 1858 – Mineral Statistics of the United Kingdom of Great Britain and Ireland for 1858 – A kiln exists at Whitebaulks, Linlithgow and bricks and tiles &c are manufactured there.

Source  – The Geology of the  Neighbourhood of Edinburgh 1910 … Bricks and tiles are made from an alluvial clay west of Bathgate, and, a few years ago, an attempt was made to manufacture artificial sandstone from the drift sands. The process was a French one, and consisted in subjecting a mixture of sand, lime and asbestos, first to pressure, and then to the action of steam. By being pressed into moulds the mixture was shaped into bricks of any size required, which retained their form when subsequently heated by steam. A bed of clay above the limestone at Whitebaulks was formerly wrought for brick-making …