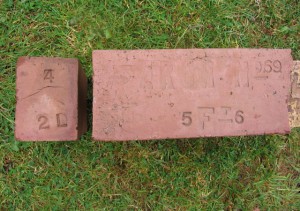 2 bricks – Found by IS in Haymarket, Edinburgh –  on the site of the old railway yards, later Bruce Lindsay Waldie Coal Yard and at Benderloch.

5 ft 6 could be the track gauge which was favoured by Scottish engineers at one time although I don’t think many tracks were actually constructed with this size.

The brick stamped  4 2L on the end was found at Haymarket. It is wedge-shaped and obliquely cut at the ends, this was likely to be used in a tunnel or similar.

Both are though to be ‘railway’ related and both are very similar in appearance, colouring and lettering. 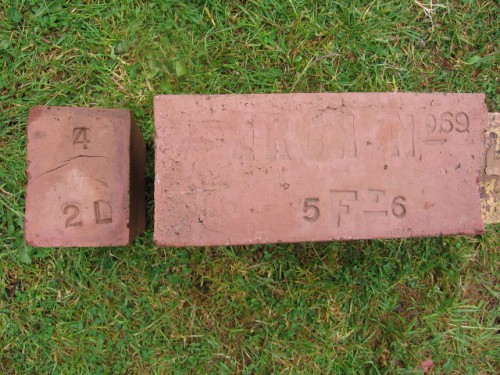 another view of the 4 2L showing oblique cut ends. 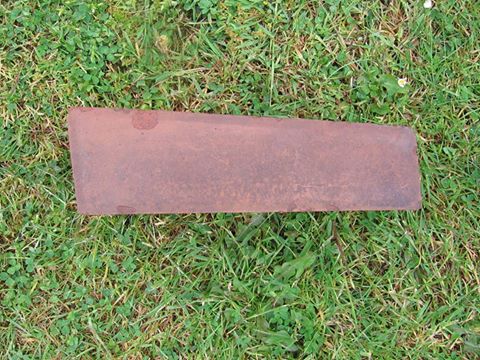