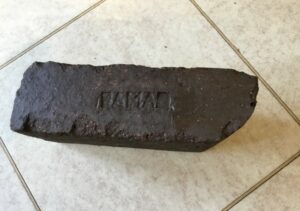 This example was found by Willie Guthrie on a track leading up to Starfish bunker on the hill above Dumbarton, Scotland. Willie states – Maybe it’s not Scots although all the other bricks on the track there are all Scottish eg Gilmour, Dewar and Howie. This track is a rough road leading up to the Starfish bunker and has old bricks partially covered with Type 1 material. These bricks appear to have come from demolished military buildings in the area and been used by a local farmer as a base for this track which eventually peters out on the moor.

I am not in possession of this example.

The stamp looks like blank AMA blank but the blanks may well be badly stamped letters or just the area where the stamp securing crews were located. 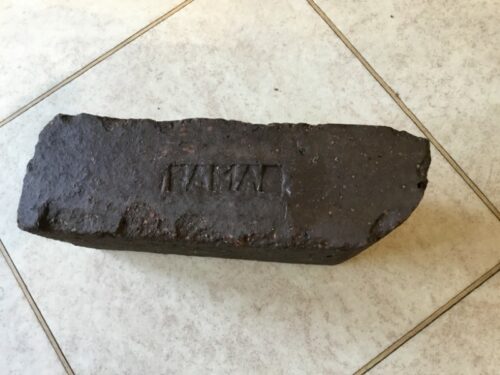 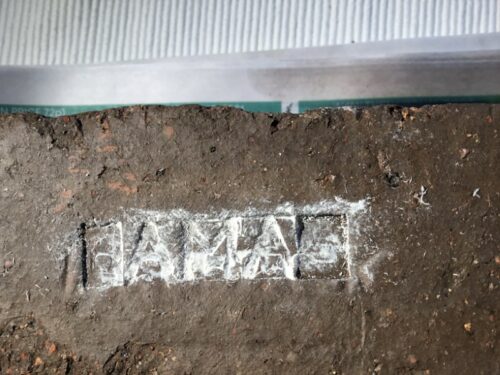 One suggestion by Helga Palmer is that it could be a ‘Tamar’ brick.

Opened in April 1871 after 20 acres of land had been acquired by Thomas Procter and Samuel Richards, a mining engineer. The company was registered with a capital of ‘20,000, shares being ‘2 each. In 1880 some of the products were used in the building of the Plymouth Public school. The works had closed down by 1887 when Charles Edward Appleby was the proprietor (or was it 1914). The company was restarted around 1918 with Thomas Hill as manager. Westbrick Co bought it in 1918 and it closed down in the same year (and closed in 1935 by which time, the name had changed to Tamar Brickworks and Potteries Limited. White firebricks and terracotta tiles were produced and latterly chemical stoneware. Clay came from a pit across the road and was brought in through an adit via a tramway. They used a Hoffman kiln with 16 compartments. All the works have been demolished and the clay pit backfilled. It is now the site of the Cox Park caravan site.  Info by Frank Lawson.