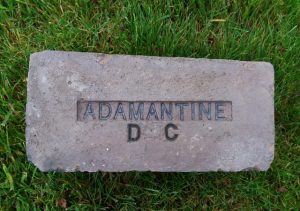 Unidentified maker but the find location would suggest Scottish origins but …

However  – Strathkelvin District Libraries booklet entitled Garnkirk Fireclay by G Quail? On page 32 it states ” At least one firm gives special attention to what are known as Adamantine bricks. These are exceptionally hard. They are used for the paving of railway stations, stables etc and are of special value for the foundation of tall chimneys and other erections, as they are able to bear almost any pressure from the superincumbent material. The trade employs quite an army of workmen and its production is enormous, the quantities sent out from Glasgow being a feature in shipping trade of the city. Moreover, it is a trade which seems to have no bounds to its rapid growth which has now continued for so many years”  …  but it does not refer to the Company however once would assume it is Scottish as the booklet is about the Garnkirk Fireclay Company and neighbouring brickwork’s. (Note – SBH – This same reference appears in the 1901 publication “The local industries of Glasgow and West of Scotland”). 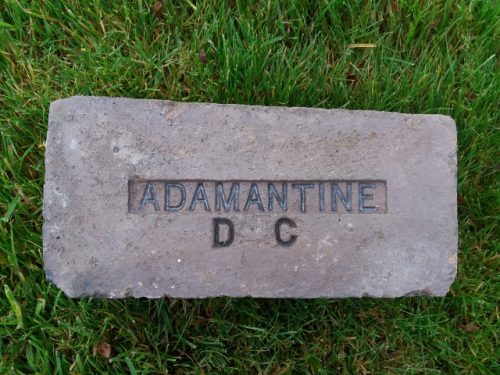 Adamantine means  – unable to be broken.

The following links may be relevant. 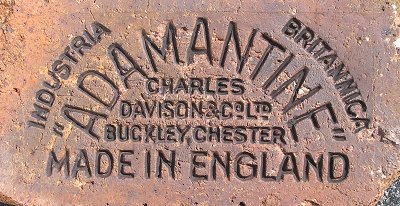 and perhaps the key to the mystery …