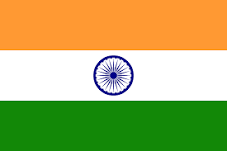 The following interesting analysis was carried out in c.1932 comparing the clays of Scottish bricks and a clay source in India.

Firebricks have been made in the Jabalpur jail from clay obtained from the Upper Gondwana beds, in the neighbourhood of Jackson’s hotel. Last year I made some trial of their infusibility on a small scale. Three sharp-edged fragments, together with three similar fragments of a Scotch firebrick, from Kilmarnock, were placed in a covered crucible and exposed for an hour to a dazzling white heat in a Fletcher’s injector gas furnace. After cooling it was found that the edges of some of the fragments showed even incipient signs of fusion. The fragments of both bricks had acquired a slight glaze on the parts forming portions of the original surfaces, and when broken were found to have become extremely hard (so as to resist the point of a knife), somewhat porous, and the fracture semi-vitreous looking. The Jabalpur brick, before heating, had a smoother fracture than the Scotch one, and was much softer and more easily broken. After heating, however, both seemed to be equally hard. Babu Hira Lal, of the Geological Survey, recently forwarded some clay, similar in appearance to that from which the Jabalpur bricks were made, which he found in the Upper Gondwana strata in the hill west of Amdari, a village 14 miles south-west of Chandia. He states the clay occurs in considerable quantity. It is a white indurated kind, breaking with a semi-conchoidal fracture when dry. When powered moderately finely it yielded a highly plastic mass with water. From this small bricks with sharp square edges were made, measuring 1 1/2″ X 1/2″ X 1/4″.  Similar bricks were made from fireclay from Glenboig and Garnkirk (Scotland) and from Raniganj. One of each was enclosed in a covered crucible, with one end resting on the bottom, and the other touching the side. After exposure for an hour to a dazzling white heat in an injector furnace, the edges of the Amdari brick were only slightly rounded, but the brick had softened sufficiently to allow it to bend somewhat until partially supported by the side of the crucible. It had not contracted in a marked degree. The Glenboig and Garnkirk bricks remained with perfectly sharp edges and contracted very slightly; the former showed no trace of bending, while the latter was bent in a very slight degree. The Raniganj brick had the edge completely rounded and was reduced to a semi-fused condition.

Some of the powdered Amdari clay was subsequently washed by suspension in water, dried, re-powdered and sifted, and made into bricks of the same kind, which were similarly heated. The edges were very slightly rounded, and the bricks bent somewhat from their own weight, but decidedly less than that made from unwashed day.

Although the clay, then, showed itself to be inferior to Scotch clay, good firebricks could probably be made from it, especially if washed. Similar clay is doubtless to be found elsewhere in the Upper Gondwana area, and one may expect the coal measures of Umeria to contain fireclays like those of Raniganj and other coalfields.