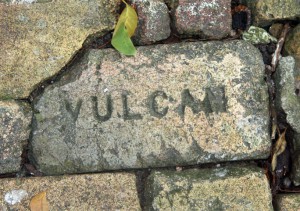 This example was photographed in Barbados.

Vulcan brick – This has no frog, unlike my own partial example.

Campbell & Co, Roughcastle Fireclay Works, Bonnybridge, Stirlingshire, Scotland used a trademark stamp called ‘Vulcan’.  They exported many fire bricks all over the world especially those stamped with another trademark brand, ‘Forth’. It is therefore quite possible that the Roughcastle Works also exported ‘Vulcan’ stamped fire bricks. 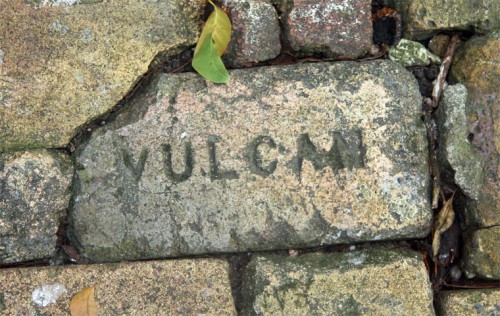 Below – However, there were several American brick manufacturers that also used a ‘Vulcan’ trademark on their bricks. The following information and photographs were kindly forwarded by Ed Newman, USA – The pavers with the bar lugs are from Vulcan Clay Company, Wellsville, Ohio on the Ohio River. The depot paver with the backward N and I also have a frontward N but I can’t find that photo right now – This are from maybe Wellsville also you find those in towns along the Ohio River like Bellaire and others. The DFBC Vulcan that I think you have posted before is from the Dixie Fire Brick Company in Kimberly, Alabama.  The Raritan is from the Ostrander Fire Brick Co in Ostrander, NJ and there are other Vulcan plants see the page list for Vulcans from Jim Graves’ Brick brands book following 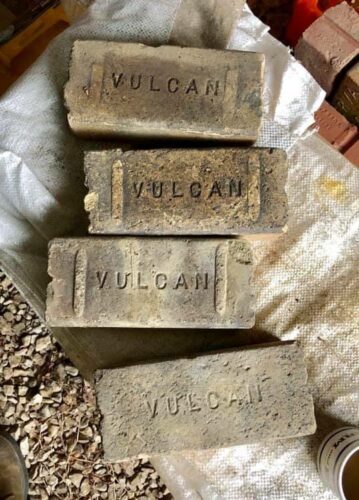 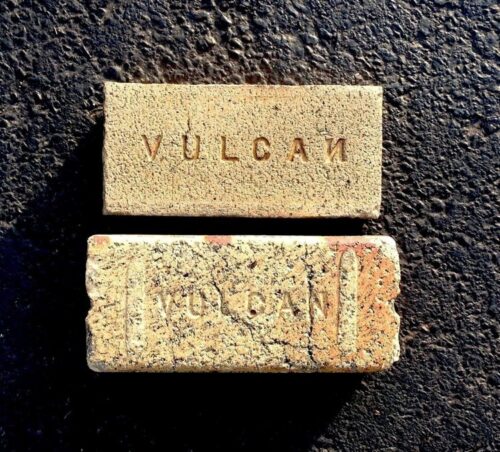 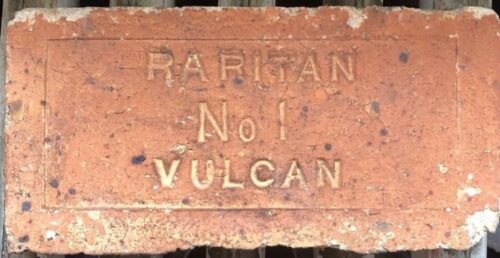 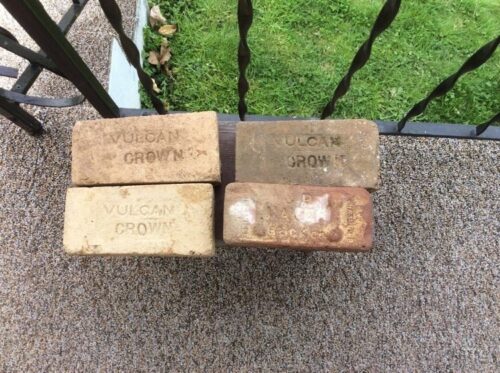 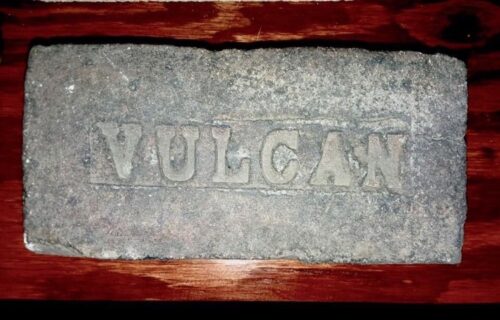 Below – A ‘Vulcan’ stamped brick found by Beth Parker on the banks of the Rappahannock River in Westmoreland County, Virginia, USA. 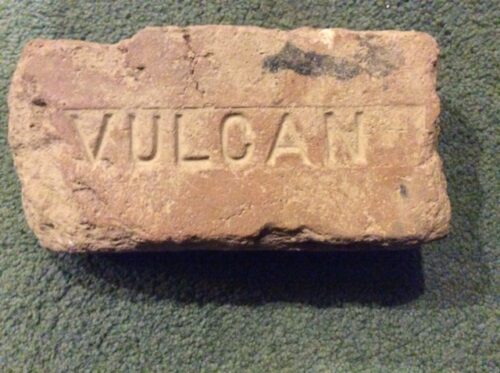 (Note – SBH – Clay analysis would probably clarify whether some ‘Vulcan’ bricks found in the USA were manufactured in Scotland but this is unlikely to happen due to the expense).