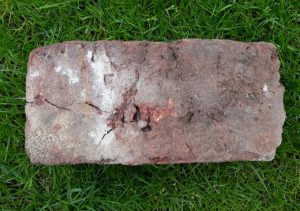 Found by Geoff Parkhouse at Rutherford near Kelso.

This brick is unmarked.

The find location would suggest  Scottish origins but …

No doubt there will have been a brick and tile works in the area during the 18th century but I just do not know where exactly. This brick is unlikely to have travelled far from its manufacturing point.

There are only a few of these bricks lying around. There does not appear to be an associated building erected with such bricks.

This brick has all the look of an 18th-century brick.

It is of uneven shape and the composition looks like there has been very little screening as it is full of inclusions such as small stones. There also appear to be marks left by straw or vegetation, most likely occurring as the fresh green brick was laid out to dry pre-firing. 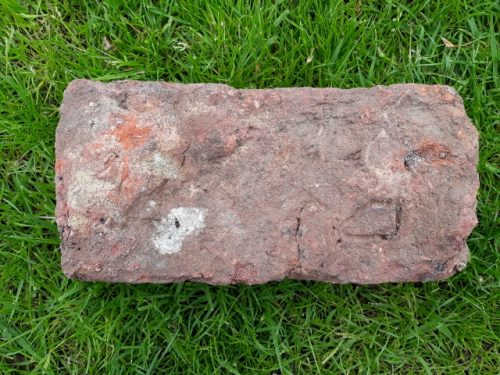 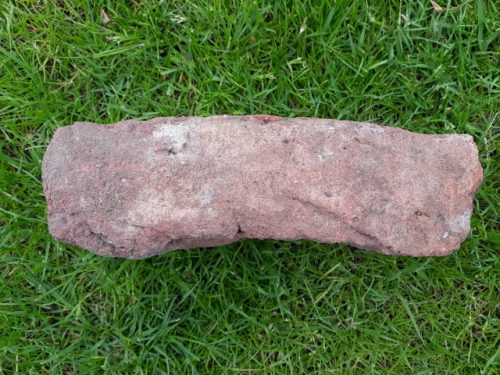 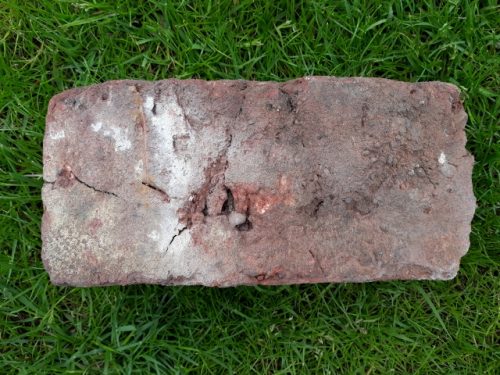