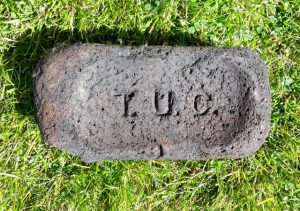 The brick was found in the river so it is water worn but it is still obvious that the frog is a rather unusual shape.

Tannochside Colliery in Uddingston (TU) which was owned by Calderbank (C) Steel & Coal Company in 1896.

There was also a group of Scottish collieries  called United Collieries. Was the Tannochochside Colliery part of this union. 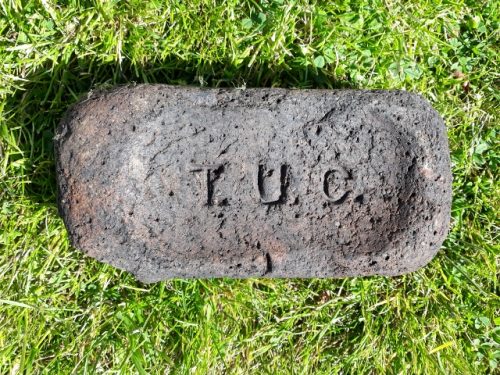