Many thanks to Mark Schulze for the following 4 photographs taken in 2020 and information. Mark states – This brick stack  (Starworks J*D Glenboig) is in Discovery Hut on Ross Island, Antarctica, where I worked for the last few months. British polar explorer Robert Falcon Scott built the hut just after the turn of the 20th century and it was used by several explorer teams for about the next fifteen years. I believe the guide said this stack was used for some kind of gravity experiment.

(Note – SBH – Some of the bricks have the central ‘star’ and others do not). 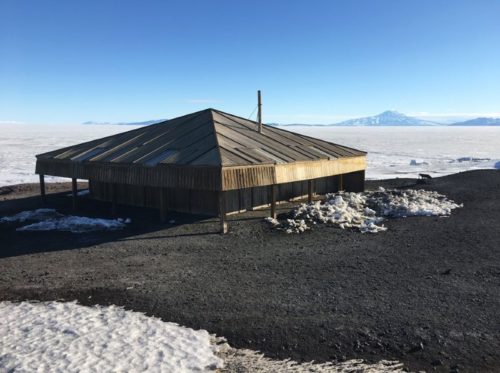 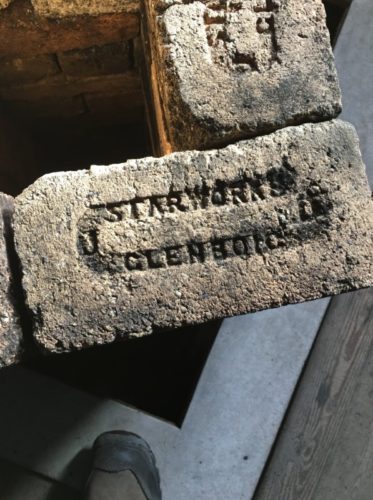 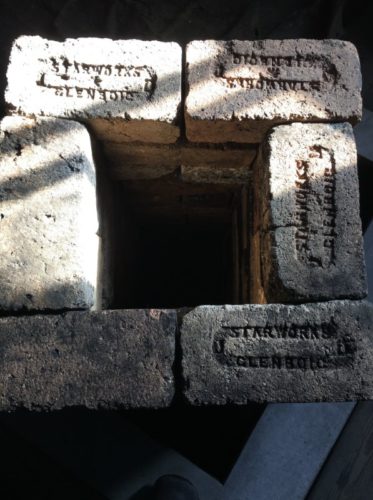 Below – This original photo appears to show the same stack of bricks with a contraption of some sort sitting on top. 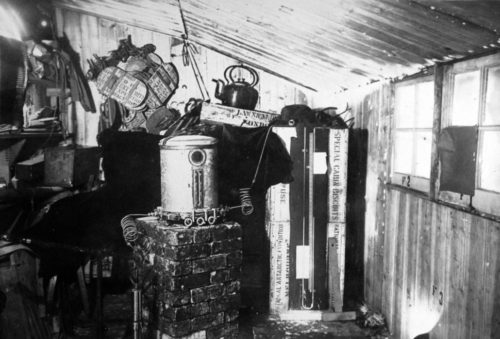 The following information very likely relates to the above brick structure – “In November 1902, the seismograph was moved to the main hut and was erected on a brick pillar sunk in the ground to a depth of 31cm. This was later used by Louis Bernacchi and Reginald Skelton for the pendulum apparatus used for gravity measurements” Source

Below – An original photo of the cooking stove within the hut. The brick used to build the stove also look to be Starworks Glenboig bricks. 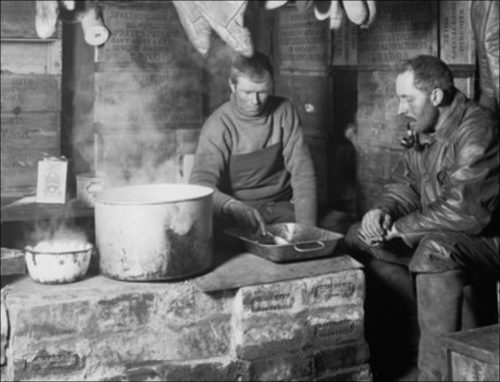 Below – A photo taken by Mark Schulze of the cooking area in the hut again shows what looks like a Starworks Glenboig brick sitting under the flue (Bottom right). 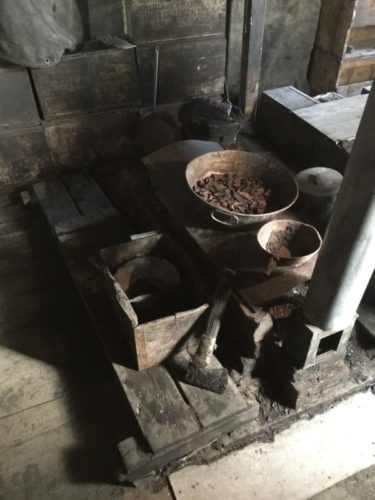