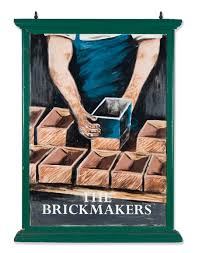 This is a list of Scottish brickmakers, brickworks and brick managers and agents as gleaned from numerous internet documents. They are listed here as they have no known brickmark or stamp or at least one has not as yet been found and photographed. Once an entry here is confirmed as having an associated brickmark then I will move it to the SCOTTISH BRICKMARKS LIST. Listed here too are brickmarks that are believed to exist but as yet I have not come across an actual example or photograph – so you may have a maker listed below and alongside, a similar name but this could be the brickmark that is thought to exist. There will be duplicates here but they will have been added as they have been gleaned from different sources and thus may have slightly different details.

I have also added addresses that are listed for the brickmaker which I assume are an office, depot or salesroom addresses – eg many companies appear to have addresses in St Vincent Street, Glasgow.

I have also added known brick names from already recorded companies but as yet these bricks have not been found – possibly due to them being unmarked. The names are  known to exist as they are mentioned in promotional catalogues etc

I have added them all to assist with future research.

Please feel free to point out any mistakes.

There are hundreds to list so this will take time – ongoing when I can.