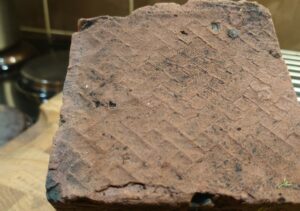 The following broken brick was found by Niall McKelvie on the banks of the River Kelvin, Glasgow.

There is also a partial stamp ‘LLACE’ which indicates this brick may have been made by John Wallace, brickmaker, Drumoyne, Glasgow. 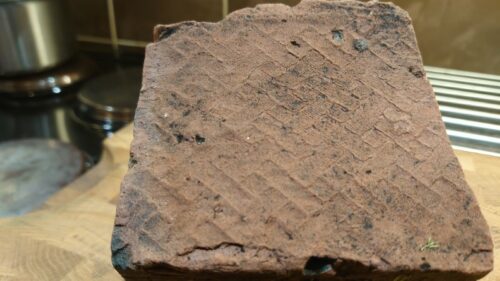 Below – The letters ‘LLACE’ can just be made out to the top left of this section. 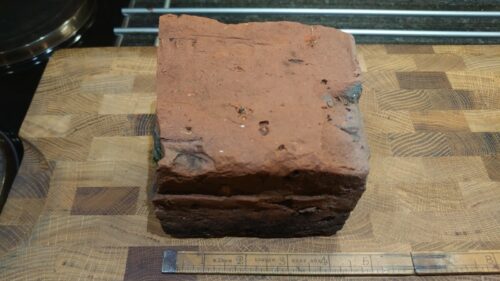 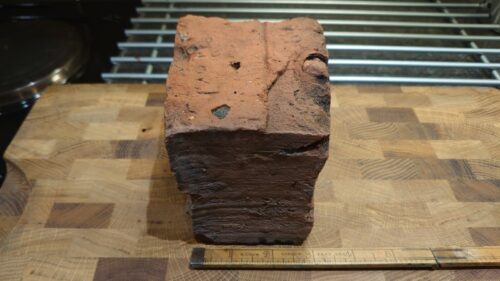 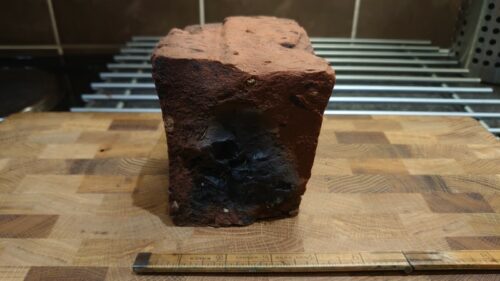