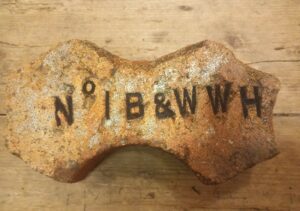 Found by Jamie Macvie on a rubble track on a coastal site in Orkney.

The manufacturer of this brick is unknown.

The brick is broken on the right-hand side so the ‘WH’ may not be a complete mark. This could represent the manufacturer or another customer.

Below – The shape of the brick is very similar to that depicted in a John Stein catalogue dated 1932. The brick 2nd down on the right is very similar in shape and was designed for use in a boiler. 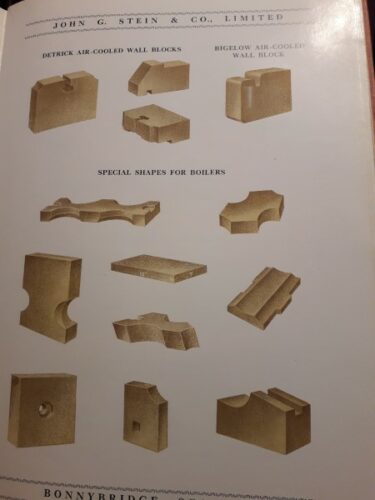 The ‘BW’ is likely to stand for Babcock and Wilcox.

1922 – The first engineered refractory brick – B & W 80 Firebrick – is manufactured for the commercial market and proves invaluable in the furnaces of petroleum, chemical, glass and steelmaking industries. ( Note – SBH – I don’t know who or where these were made). 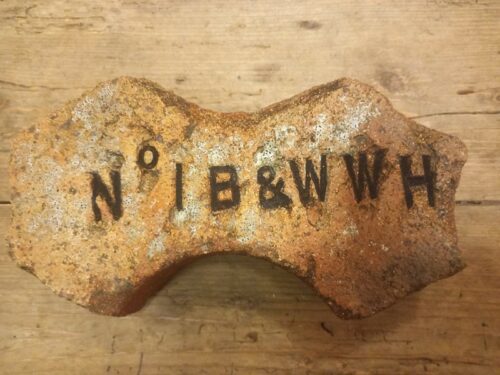 Below – Info from Matthew Feldwick who took this photo at Twyford Waterworks, Hampshire – They are formed into baffles to direct the flue gas path as seen in the photos below of a semi-dismantled water tube boiler. The boiler is essentially a brick box with a fire at one end and the chimney at the other. In a conventional boiler these would be joined together by tubes which the hot gasses pass through radiating heat to water contained in the boiler drum. In this type of boiler the water is contained in the tubes and hot gasses pass around them. The bricks are placed at intervals to create a path for these hot gasses to flow so they can dissipate as much heat as possible before passing up the chimney. 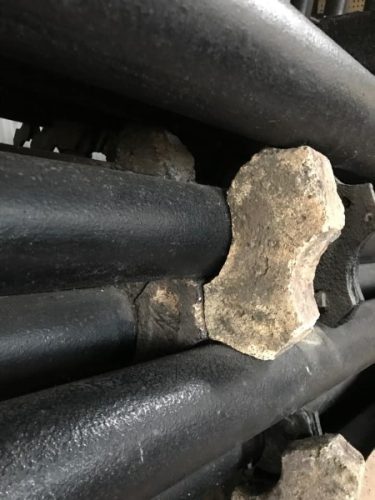 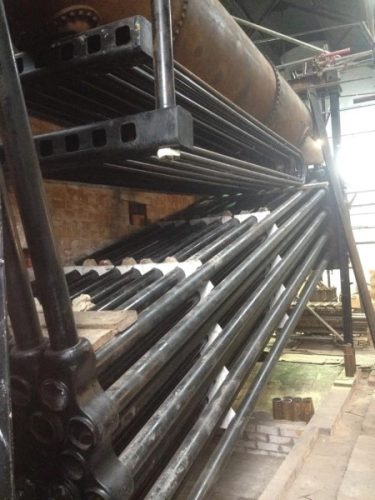 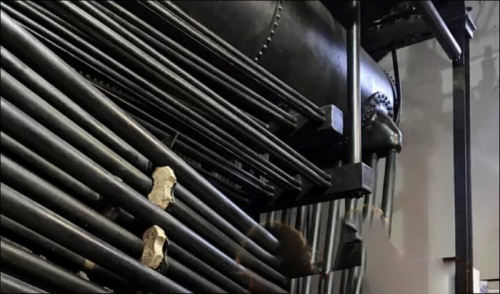 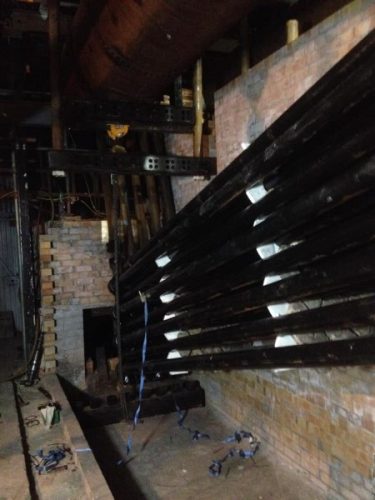 Some information on Babcock and Wilcox water boilers – 5. Baffle Plates – The Baffle plates are present within the water tubes. It causes hot gases to move upwards and downwards and again upwards before leaving the chimney. Baffle plates are provided to deflect hot flue gases. 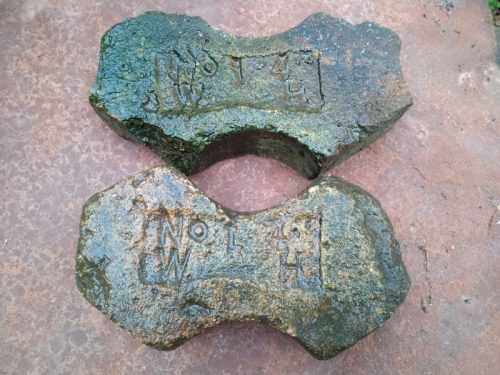 Tagged with: Babcock and Wilcox, Manufactured in Scotland and branded for National and Overseas Customers