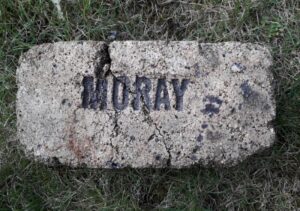 Found by Ian Suddaby on the boundary of the old Bonnyside Brickworks site, Bonnybridge.

The manufacturer of this brick is unknown.

The find location would suggest that this brick was manufactured by James Dougall, Bonnyside Brickworks, Bonnybridge.

(Note – SBH – A similar example was found on a shingle bank at Berwick, England). 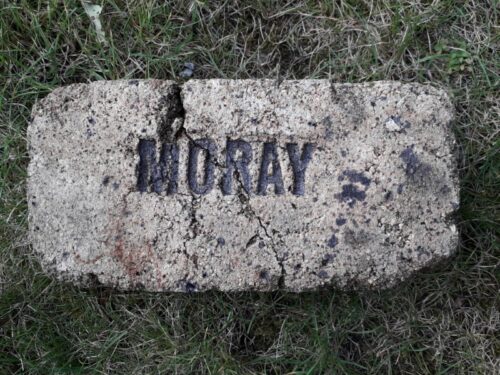 Below – The same stamp on 2 more bricks found by Ian Suddaby at the same location. 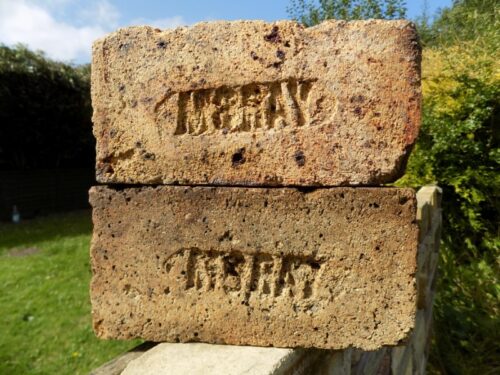 It is entirely possible that the ‘Moray’ firebricks were indeed made by Dougall and stamped ‘Moray’ and sent to the Morayshire Brickworks for them to sell alongside their own products as per this advert. Equally, if the Moray Brickworks had their own fireclay then they could have manufactured their own firebricks and somehow or other a number found their way onto the Bonnyside Brickworks, Bonnybridge. 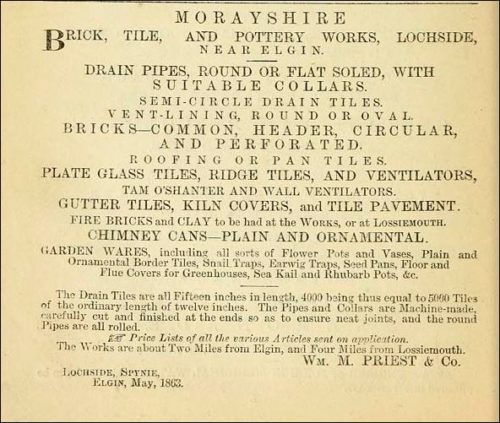