25/12/1923 – The clay is reached. This clay was high in alumina at 42% and would herald the arrival of the ‘Nettle’ brand. (Note – SBH – I believe this was a mine to establish the quality of the clay and once ascertained it was closed down)

10/10/1947 – Linlithgowshire Gazette – Fatal accident – Mr David Lewis, Waterside Cottage, Linlithgowshire Bridge was killed late the previous night by a fall from the roof while at work in the No 1 Manuel Heading Section of the Manuel Clay Mine belonging to Messrs J G Stein and Co Ltd. Mr Lewis ad only started work there last June and had been barely a month employed in the underground workings.

11/06/1955 – Falkirk Herald – A formal verdict was also returned on the death of Walker Graham, Jnr, (23),. oncost worker, 33 Priory Road. Whitecross, who was killed by a falling stone in No. 4 Section of the Manuel Clay Mine, Whitecross, on 6th April. The deceased’s father. Walker Graham, Snr,. gave evidence that his son had left for work at about five past seven on the morning of the accident in his normal health. At about 10 o’clock, he learned that his son had been fatally injured, and he identified his body.

A workmate of Graham’s, Mieczwslaw Hasiua, 69 Grangeview Terrace, Falkirk, said he was working along with Graham while Graham was replacing props and he (Hasiua) was filling clay into a hutch. There was a large stone lying on top of the clay at which he was working. He was unable to move the stone and Graham offered to try to break it. He started breaking the stone with a large hammer. A stone came down from the roof and fell on top of Graham, pinning him to the ground. As it fell, it struck Hasiua a glancing blow, pushing him aside. The stone weighed more than half a ton. and he could nothing about moving it so immediately ran to get help. There had been no warning of a fall. A supporting prop fell to the side as the stone came down.

John Paterson Fowler, 1 Haining Terrace, Westquarter, described as an underground deputy at the mine, told the court that he had been on night duty on the night of 5th-6th April. At 5.50 a.m. on 6th April, he examined the No. 4 section of the mine before the day shift started work, and everything was in order in the section. Mr Fowler explained that these examinations are carried out at 4-hourly intervals. The roof was well supported by “trees” which were placed about 4 feet to 6 feet apart. He had made a written report to this effect at the time. The manager of the mine, James Clelland, Viewvale, Westquarter stated that Graham’s job had been to repair the supports for the roof. Asked by the agent for the employers if he had any suggestions to make prevent a recurrence of the accident, Mr Clelland replied that underground deputies had been told that in future they must be more careful in their examinations. More experienced men had been put on the job to ensure that the timbering would be kept up to standard.

Due to the amount of clay being removed to make the Nettle brand firebricks, the Manuel mine workings were reaching a long distance. To improve ventilation and reduce the amount of time the miners took to walk to and from the face a new shaft was sunk at Compston Farm. Later another was dug at Wallhouse. 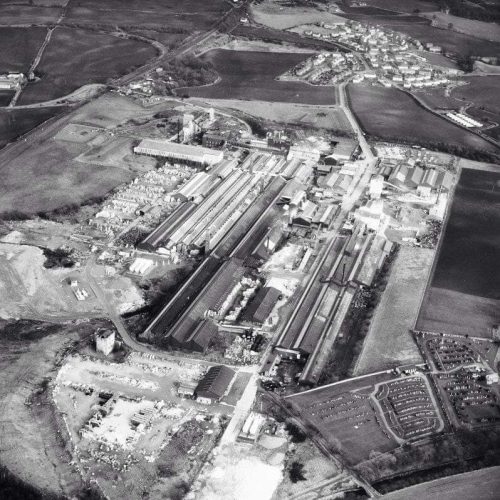