Below – 1856 – Canmore suggests Kittleyknowe Tileworks were at the location of the red cross. 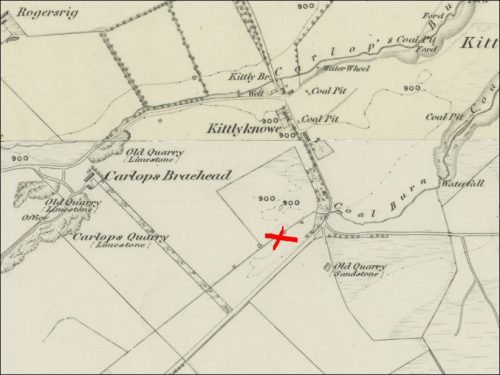 28/05/1881 – Peebleshire Advertiser – The farm of Kittleyknowe formerly farmed by Mr Allan has been rented by Mr James Forrest of Wakefield … (Were the tile works on the farm?) 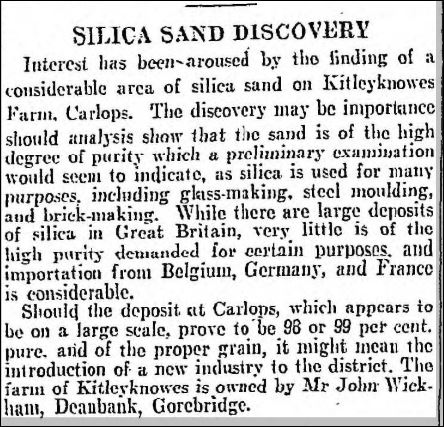 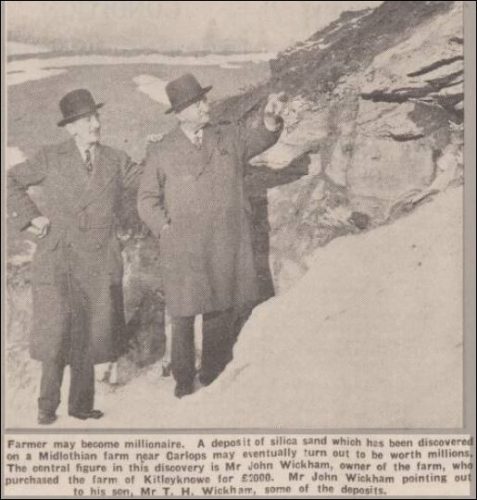 19/06/1941 – The Scotsman – The death has occurred at Deanbank, Gorebridge; of Mr John Wickham, a  well-known Midlothian man. A number of years ago he purchased the farm of KittleyKnowes, Carlops, on which he discovered the presence of silica sand.