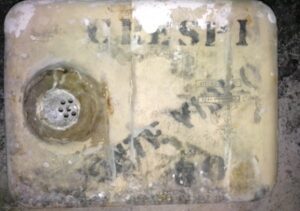 Many thanks to Colin Rogers for the following information and photographs.

Part of the stamp says “Made in Britain” and in Spanish “aprobado por A.N.D.A.” which means approved by Anda. There is an organization in Uruguay called Anda but it is a kind of mutual benefit society that offers members loans and provides services like rental guarantee etc. Bit of a mystery why they would stamp that on a sink in Scotland.
There is also a large black ink stamp that says Crespi Montevideo 08. There appears to have been a Crespi Hnos SA at least in the 1940s in Montevideo which traded in sanitary items from England so perhaps they were the importers/distributors of the sink.
The sink was in a house in the Swiss colony Nueva Helvecia. The house had been used latterly as a pest control premises. The pest control appears to be associated with grain silos of which there are many on the fertile, alluvial soils in that area.
The owner of the business brought it back to Montevideo recently and gave it to my wife when she saw it caught her eye.

Below – This sink was manufactured by J & R Howie Ltd. The company operated various works in the Kilmarnock area of Scotland including The Hurlford Fireclay Works. 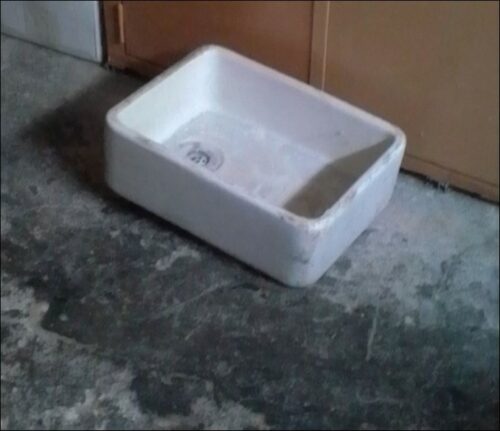 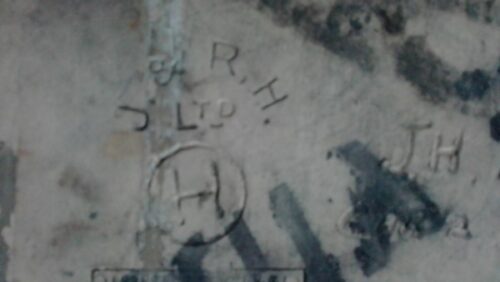 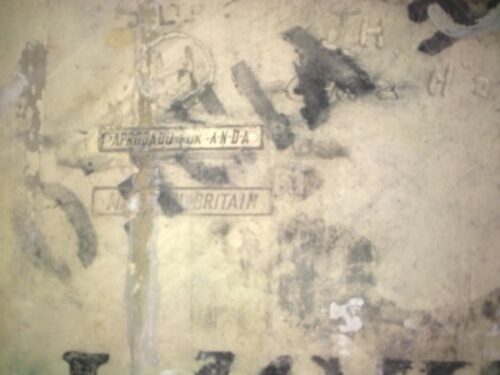 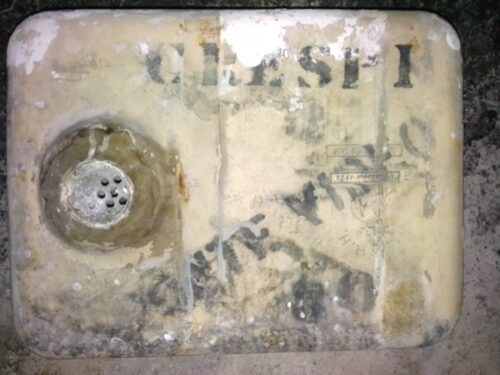 (Note – SBH – When researching a very similarly stamped trough I have in my own possession, I found the following possible ‘ANDA’ connection.

Approved by ANDA could refer to this which appears to be the Costa Rican ‘waterboard’.

From the National Alliance for the Defense of Water (ANDA), we consider it necessary that the country has a new water law and that the new law can not wait. We have worked tirelessly for more than 10 years to achieve that Costa Rica has a law to protect water resources and is in keeping with the times. That work can not be thrown overboard.

We can not continue with a legal and institutional framework for the management of this precious liquid that does not give effect to that as a nation we need to guarantee the human right of access to water for present and future generations answer.

ANDA also appears to be the ‘waterboard’ for El Salvador.)