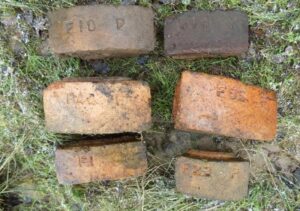 Ian Suddaby states: – Exploring the edge of the River Tay in Perth. There are lots of tongue & groove circle bricks made by the Glenboig Company in Glenboig, Lanarkshire. Interestingly, none of these are shown in their undated catalogue that I have so they might not have been made until later on, perhaps in the 1920s or 1930s. There is quite a variety here as can be seen. Different thicknesses and different degrees of curve. All say GLENBOIG on the upper surface which would be invisible once built but all have a code on the outer curved edge which might well have been visible once built. All seem to have F followed by a number between 1 and 55 so far. There is also a P on its own. I’d guess that the P is for the customer (Perth Gasworks) and the F1 / F10 / F55 etc shows the folk building it where each piece went in the structure.

I need to go back when I can and do some much more detailed recording and see if the lower numbers are thicker and maybe went near the base. F10 is certainly thicker by 1¼” than F15 but it needs a lot more measuring to be sure. It would be nice to make sense of codes like these as the knowledge has been lost unless some drawings remain in an archive somewhere. These have all survived some very high temperatures and, apart from demolition damage are in good condition.

These examples are not in my possession. 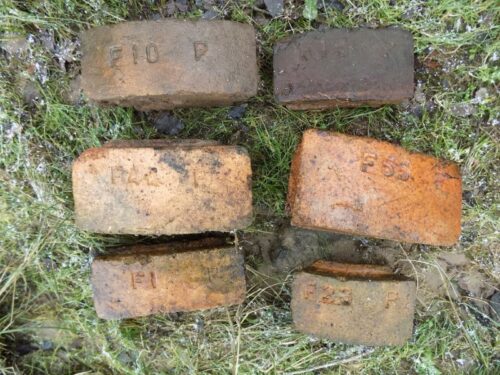 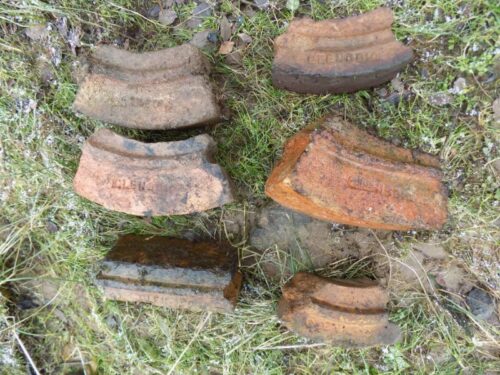 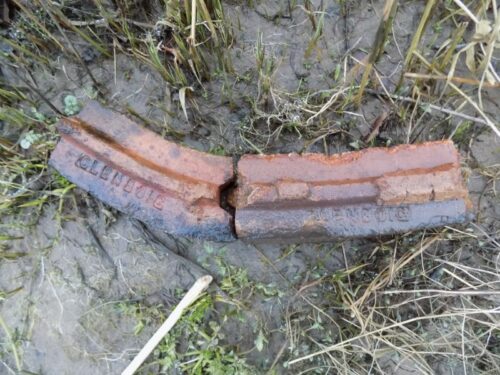